Reports from Berlin on Monday 20th January, 2020 had it that German states agreed to the principle online gambling treaty. The new pact will permit the otherwise banned online gambling throughout the country. Additionally, the treaty will facilitate a more relaxed licensing mode for online poker and other slot games. The reports went on to add that the states will remain with the autonomy to develop their own rules and guidelines alongside the federal regulations. 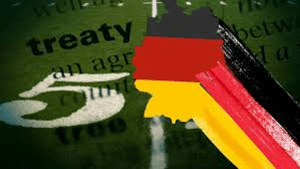 A new regulatory body will also be set up countywide to work on the enforcement and the implementation of the new treaty.

According to the report released by Schleswig-Holstein, the States which has been upfront in the push for online gambling legalization. The new regulation will replace the incumbent Interstate Treaty on Gambling which had been in effect since 2012. Another critical change in the new proposal was the reduction of monthly deposit limit to €1,000 ($1,109)

In other gambling news, Juliet Adelstein will take the new role as Ganapati’s new CEO, starting from 1st February 2020. This is as per the report released by the company on Tuesday 21st January 2020.

Aldestein has held several senior positions in the company, and her experience is deemed invaluable. She joined the company in 2018 and has since then served as the CEO of the Malta-based Ganapati Europe holding, Chief Operating Officer of Ganapati as well as the Co-CEO of blockchain subsidiary company GanaEight Coin.

The company’s Chief Learning Officer, Hayato Terai, had this to say, “We would like to thank Mr. Hasegawa for his dedication to the role until now and we are delighted to be stepping forward with Juliet as CEO.

“We are confident that this is the right move for the company – Juliet has proved to be an invaluable asset to Ganapati, she’s grown through the ranks and demonstrated the ability to lead the company in the right direction,” he added.

The sports betting giant, Unibet, has secured another 3-year partnership contract with French’s League 1 champions Paris Saint-Germain (PSG). The extension comes following two years of a smooth partnership since the two entities struck a deal in 2018.

The Kindred owned operator is expected to dish out over $3.5 million to PSG throughout the contract period. This will be in exchange for the right to conduct joint campaigns such as TV advertisements, French poster campaigns, and the club’s social media campaigns.

Speaking of the new extension, Kindred France General Manager Mathieu Derrida remarked, “We are delighted to broaden our partnership with PSG and take it to an even wider audience across the world.” He went on to add, “Since the start of last season, we have engaged in significant communication campaigns that have proved very successful with football fans. We firmly believe that by extending our agreement with PSG, we can strengthen our position in France and promote the Unibet brand in Europe and beyond.”

The new deal adds PSG to Unibet’s growing list of sports club partnerships which include the Belgian Club Brugge and the New Jersey Devils hockey team.

Genting Singapore to Invest $10 Billion in The Japanese IR

Genting Singapore seeks to exploits its gigantic financial capabilities to secure an IR license in Japan after the Japanese parliament recently announced the legalization of casino resorts. The legalization created a slot for three casino licenses open to bidders.

The company is set to hold an impromptu shareholder general meeting to table its interest in the Japanese IR investment. The conference is scheduled for the 4th of February and will take place at the company’s headquarters.

A statement from the company’s Board confirmed that the company will focus on significant prefectures and cities in submitting the proposed bid to ensure that the company develops and operates a Japan IR in a city with a large addressable market.