Hui Tian Stole Around $8 Million for Funding His Gambling Debts

Chinese expats lost their identities and fake passports by a failed Queensland gambler who managed to gain control of the expats’ homes and steal a significant amount of funds aiming to pay his debts and secure his lifestyle. 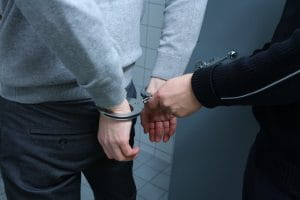 The 34-years-old Chinese-Australian, Hui Tian, was declared guilty on December 4th and sentenced to 10 years of jail two days later in the Brisbane District Court for causing more than 20 fraud and dishonesty offenses during the period between April 2015 and June 2017 and making a damaged of around $7.9 million.

Tian’s crimes started by him stealing $1 million from his father-in-law’s bank account by using a fake power of attorney, nevertheless, the Chinese-Australian man lost the money to gambling just two days later at Brisbane’s Treasury Casino.

Tian Committed Another Crime Right After Being Released

The prosecutor also explained that Tian explained to the police that he was having issues with gambling since 2008 and that he was just trying to pay out his gambling debts.

Nevertheless, right after being released on bail, the criminal decided to commit another crime and stole his Chinese neighbor’s Xin Zhong Han and his wife’s identities in order to gain their home in Brisbane and receive a loan of a million dollars from Prime Capital Securities.

It included copying the passports and driver licenses of his neighbor and duplicating them into enabling the land valuers of Prime to access their home under the pretext of an investment opportunity for properties.

The scam was caught when Mr. Han received a letter from the office of Queensland titles stating that Prime had put a million-dollar mortgage on his home which Tian used to obtain the loan. Nevertheless, turned out that the Han couple were not the only victims of Tian’s criminal activities.

Tian Had a Helper in China

The next victims of Tian were the other two Chinese immigrants, Mr. Lu and Mr. Li, whose identities were stolen by the criminal in order for him to sell one of their Gold Coast homes for cash. Tian used a private investigator to track Mr. Lu’s Chinese mother to find out her maiden name to pull off the elaborate scam. He then used the details to apply for access to Mr. Lu’s identification from the Australian Passport Office.

He then secured further papers in the name of Mr. Lu from the Brisbane City Council for a company registered under the name of his wife, allowing him to receive additional loans.

Earlier, Tian sold Mr. Li’s home situated on the Knightsbridge Parade in the Sovereign Islands to the company at a cost of around $5 million.

Prosecutor Needham explained that Tian found out the value of the property through the internet, however, he had a contact in China that helped him to receive a fake Chinese passport on the name of Mr. Li and his own photo.