Sports betting ranges from mob fixes, referee biases to assassination threats. It is true that sports betting gives you an opportunity to win, however, there are also chances that you will get large losses. Since the supreme court of the United States declared the Professional and Amateur Sports Protection Act (PAPSA) unprofessional, each state is now free to legalize and regulate sports wagering. This led the professional sports leagues in the USA to explore deeper into the fast-growing sports betting industry. Unfortunately, the expansion of the industry comes with its own troubles and risks. Take for example the recent case of match-fixing, which was reported recently by police in Spain concerning Spanish soccer where they made several arrests. High profile sports betting scandals have plagued many countries in the world over the years, and in this article, we will focus on the most recent scandals involving match-fixing and point-shaving. 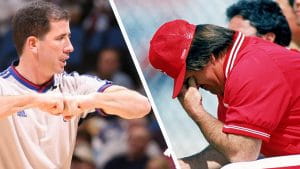 Tim Donaghy resigned from the National Basketball Association where he was an official, a move that made headline in 2007. The pressure to resign came from leaked news that he was under investigation by FBI for betting on games that he officiated. Evidence showed that he directly affected the point spread of many games in the NBA within two seasons. More evidence showed that he had placed tens of thousands in bets in collaboration with mob associates who had come up with a scheme to help him influence point spreads. FBI uncovered that he received between $2000 and $5000 for picks. Surprisingly, he even received $30,000 to give bookies insider information. Donaghy pleaded guilty to the charges in 2007 and was sentenced to 15 months in federal prison.

This is a match-fixing scandal which happened to European football in 2009 and led to one of the most extensive investigations to ever occur in European football. Investigations revealed that almost 200 matches in several European countries and 12 qualifying matches for the UEFA Europa League were fixed. This included three UEFA Champions League matches. This was an organized crime which was unearthed from phone tapping. It was discovered that, in an effort to make money, various smaller clubs resulted in match-fixing., FK Pobeda, a Macedonian club was where the match-fixing was taking place. The chief suspect was captain of SC Verl, Patrick Neumann, who later confessed to his involvement and gave details of the match-fixing. The other members of the organized crime were arrested and charged.

Italian police arrested famous football figures in 2011 for alleged match-fixing. These included Christiano Doni, Mauro Bressan and Stefano Bressan who were Serie A players. They were found guilty of fixing several games including Serie B, Lega Pro Seconda Divisione, and Lega Pro Prima Divisione. Some of these individuals were not new to scandals and had been charged with similar scandals earlier on like Cristiano Doni who was acquitted in the year 2000.

It seems that sports betting scandals are here to stay. We’ve had more reported scandals like the cricket pitch fixing which took place in 2018 and the Pakistan super league sport fixing which happened in 2017. As each state in the USA takes the responsibility of regulating sports betting, they should be aware of the scandals which are likely to plague the industry.