Javier Castellano Announced to Be Positive of Coronavirus

Venezuelan-American jockey Javier Castellano was tested positive of COVID-19 after his return from Gulfstream Park. 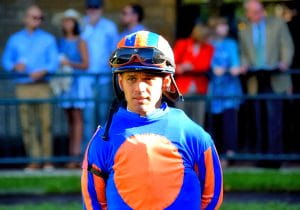 Castellano made the announcement on Twitter, saying officials at Florida’s Gulfstream Park told him to take a coronavirus check on Tuesday after spending the last week with his family in New York.

“I have had no known contact with anyone that has tested positive. I appreciate the support from everyone, including Gulfstream Park. Stay safe everyone and we will all get through this, God willing”- wrote him on his Twitter profile.

He heard the results on Wednesday night, according to his agent Joh Panagot’s statement said on a social media website. After Castellano arrived on a plane to South Florida the track demanded the test which, as already mentioned, unfortunately, resulted in being positive.

Castellano Is on the 11th Place Between Active Jockeys

The Venezuelan-native had last raced at Gulfstream on March 15 while he also raced for Oaklawn Racing and Gaming in Arkansas just one day earlier. What’s more, it was the same day New Orleans Saints coach Sean Payton visited the track due to COVID-19 which was closed to the public.  In addition, Payton also announced last Thursday that he had tested positive for the virus.

For people not familiar with Castellano’s career, he is considered to be one of the most successful jockeys as he has won 5244 races. He also is placed in the 26th all-time wins and is on the 11th place between the active jockeys. Until now in 2020 he is estimated to has earned $1.9 million.

Racing began at Gulfstream on Thursday, during which Castellano was expected to compete in four races. He had six mounts on Friday and a third on Saturday, as well as five in stakes that were graded. The popular jockey was going to compete Candy Tycoon in the Grade I Florida Derby, for trainer Todd Pletcher.

Should Races Continue During Coronavirus?

Castellano being positive of coronavirus raised the question of whether racing should continue as states and cities give directives to shut non-essential industries and encourage people to stay home.

Previously this week the vice mayor of Hallandale Beach, Fla., where Gulfstream is based, said the park should stop its operation, as Broward County officials released such an order in an effort to stem the spread of COVID-19.

Turfway Park in Northern Kentucky was the most recent to close its door for the customers on Wednesday after Kentucky Gov. Andy Beshear ordered all “non-life-sustaining” companies to shut by Thursday night.

The New York Racing Association closed Aqueduct in Queens last week after a backstretch worker was tested positive of COVID-19.

In addition to Gulfstream, eight other US tracks continue to host live racing, however, fans and others are not allowed on the field. That includes Santa Anita Park, operated by The Stronach Group as is Gulfstream. However, not everyone considers that postponing the races is a good idea.

The profit made from racing finance the operations that enable horsemen to go on caring for the animals. On top of that, supporters of racing argue that racehorses, heavily trained competitors, require exercise to keep their fitness running.