The 2019 World Series of Poker International Circuit finally received its winner! The Australian poker star Jonathan Karamalikis is the one who won the top prize of AU$377,625 after he defeated his rival Ryan Otto from New Zealand. 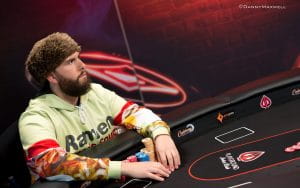 The epic confrontation lasted around four 60-minute levels where the Australian came into the match with over a 4-to-1 chip deficit. In fact, the two players got all the chips in pre-flop where Otto’s pocket kings led Karamalikis’s ace-king of clubs, however, while Otto was looking to get a double on the all-heart eight-high flop, the ace of spades brought Karamlikis the winning chance.

There was a battle for the honor of playing heads-up between Karamalikis and the American Roger Teska where the winner of WSOPC managed to get some great positions to pick up chips without showdown to edge in front of Teska. Nevertheless, despite going with ace-queen, the American lost the game against Otto who got on the final table when Teska and the Australian got all the chips in pre-flop.

Karamalikis climbing to under a 2-to-1 chip deficit took around 60-minute level of playing before he managed to get in front after Otto’s bluff gone wrong, which is where the Australian took the lead for the first time during the match.

Nevertheless, the chip lead changed its way two times more before the Karamalikis found his way to the throne. The Australian pushed the New Zealander down to his last seven big blinds at the 15,000/30,000 – 15,000 big blind ante level and then called Otto’s short-stacked shove.

On the other hand, during the time when the poker star from New Zealand with ace-five and paired his five on ten-nine-five double diamond flop the Australian, who was having queen-eight, to then land the jack of diamonds leaving his rival defeated.

The Australian Is Not Really a Fan of Rings

Nevertheless, after getting out of the match as an absolute winner of WSOPC, Karamalikis commented that he was feeling superb.

“I wasn’t really thinking much coming in, I was content to take it as it comes and whatever happens, happens, I just wanted to try and do my best. I’m pretty cooked though”– added him. Before posing with the winning WSOPC ring, the Australian also explained that he is not really a ring fan, therefore, he might put it on a gold chain and start rocking some gold chains.

Mladen Vukovic Was Set on a Permanent Break

Nine players were part of the game on the second and final day, nevertheless, only the best 6 places paying out only three left empty-handed. The game increased from 45 minutes to 1 hour, but it did not slow down the match.

The first one being eliminated was Bernie Stang who was defeated by that day’s chip leader Otto. Stang was followed by Tom Rafferty just a half-hour later on the same level, Rafferty was one more victim of the New Zealander.

The second level started by Julien Sitbon being defeated b the American Roger Teska while the other Australian Michael Egan was another player being pushed out of the game by the big Otto. On the other hand, the other 5 players were all set on a break with Mladen Vukovic set on a permanent break. He left the game AU$77,539 for his fifth-place results.