It seems like Kentucky Derby is going through its worst period ever. Betting fell nearly 50% from last year’s record handle! For those not familiar, this year, Kentucky Derby took place for the 146th time as it was founded back in 1875. 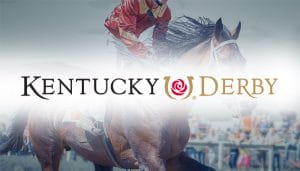 However, despite the surprising drop in betting, indeed, there was no lack of on-the-track activity over the weekend at this year’s Kentucky Derby. Trainer Bob Baffert notched his sixth win at Churchill Downs to tie the Derby record with Authentic picking up the upset of big favorite Tiz the Law. On the other hand, there has been relatively low betting activity on the race.

Churchill Downs announced that the public pooled in wagers on the Kentucky Derby for $79.4 million, a number that represents a massive 52% decline from the previous $165.5 million for 2019.

Indeed, some of the downturns come from no fans at the event, run for the first time since 1945 outside of its usual May slot. As recorded by ESPN, just 8% of wagers backed Authentic, which went off at 8-1 odds, while Tiz the Law contributed 48% of the wagers to win the race.

DraftKings Intends to Offer Daily Fantasy at Wrigley Field by 2022

DraftKings Sportsbook will eventually open a concession location at Wrigley Field by 2022, as part of a proposed agreement to make it the Cubs’ official sports betting and daily fantasy sports affiliate.

Sports teams will combine brick-and-mortar sports betting and online wagering, with a $10 million master license, within five blocks of their stadiums with Illinois state law. Stadium capacity must exceed 17,000, and college capacity can’t be the main use. Wrigley Field, of course, fits those standards.

After the alliance with Casino Queen and the unveiling of their mobile sportsbook after a property rebranding, DraftKings — and the other two online sportsbooks, BetRivers and FanDuel Sportsbook, reside in Illinois — benefit from Gov. JB Pritzker’s decision to postpone the demand for in-person signups until at least September 19.

The initial idea was Louisiana to go live with the daily fantasy sports before the NFL season kickoff. However, considering the current situation, operators would be happy to get through half of the season.

The newly legal industry in the Pelican State could not open until November or December, according to a timeline offered by Rep. John Stefanski.

The state initially required DFS rules to be released by September 10.  Moreover, the state’s gaming authorities will have to enact and then post final rules in the State Registry. DFS competitions will then become eligible in Louisiana.

Despite that most parishes voted to regulate the industry in 2018, it wasn’t until this year that DFS finally passed the barrier despite that it is still waiting for a separate taxation bill in order to be fully legalized.

Kentucky Derby is an annually-held horse race in Louisville, Kentucky since 1875. After its establishment, Kentucky Derby quickly became a prominent stakes race for three-year-old horses in North America. Horse owners started sending their horses to participate in the races, slowly writing the legendary history of this annual horse racing event.