Massachusetts Does Not Have Good News for Gambling Lovers

Bad news for gambling lovers in Massachusetts! In a recent radio interview, the governor of Massachusetts, Charlie Baker, revealed that bettors in the state will most likely have to wait until 2020 to bet cast their wagers. 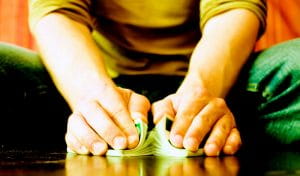 Sports betting was mentioned in the state of Massachusetts in January this year after the Senate of the United States last year decided to give the state’s freedom to make their own decision whether they want to legalize sports betting or not.

These sports betting bills were introduced by the lawmakers in the state as well as Governor Baker in which they proposed variations of sports betting and stand-alone online sportsbooks to be legalized in Massachusetts.

Nevertheless, two of the measures which proposed do prohibit betting on college sports.

“We filed (legislation) in large part because we already had some templates. The state of New Jersey was the first to go, and we basically borrowed their template as kind of our framework for the legislation that we filed, and added a couple of things to it,” – explained Baker on WEEI’s “Greg Hill Show”.

The governor of the state also added that states around Massachusetts have already legalized sports betting indicating that soon it would be legalized almost everywhere and his state should also become part of it.

It is important to note that in this bill proposed by the governor Baker mobile betting is supported while betting on college sports is prohibited and also proposes a 10% tax rate on brick-and-mortar bets and 12.5% on mobile with a $100,000 application fee and $500,000 licensing fee.

Nevertheless, the bill does not mandate the use of league data.

In his radio interview, the governor of Massachusetts was very honest of his hopes of soon legalization of sports betting in the state. He even mentioned that he was very positive that sports betting legalization would be done by the end of the summer so it could be ready for the football season in the fall, but unfortunately, according to him, things are not going that fast as he would like them to.

On the other hand, Baker stated that he hopes sports betting to be legalized in Massachusetts at least until June next year although he would like that to happen a little bit sooner.