The following at the best daily fantasy options at wide receiver for week 16 of the NFL season: 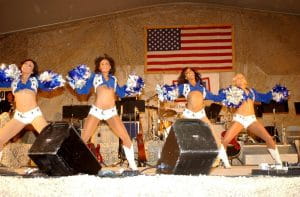 Michal Thomas is having a season for the ages. He now has 133 catches on the season needing only 11 more to break Marvin Harrison’s single-season record of 143. With two games left to play, it’s almost certain Thomas will break the record.

In week 15, Saints’ quarterback Drew Brees threw to Thomas 12 times, and he caught all 12 for 128 yards and a touchdown. In week 16, Thomas will be facing the Tennessee Titans who are about average defending wide receivers from a fantasy perspective but it doesn’t matter. Opponents know the Saints are looking to get Thomas the ball but they simply can’t stop him.

Tyler Lockett had a big game in week 15 against the Carolina Panthers catching eight of his nine targets for 120 yards and a touchdown. In week 16, he’ll get to face the Arizona Cardinals who’ve allowed the 7th-most fantasy points to wide receivers this season.

An enticing matchup is not the only reason Lockett is a great play for week 16. The Seahawks lost wide receiver Josh Gordon to suspension following the game against the Panthers. Gordon has been suspended numerous times for failing drug tests due to his use of marijuana. This time it’s allegedly due to performance-enhancing drugs and he’s been suspended indefinitely. Without Gordon in the lineup, Lockett should see even more passes thrown his way.

DeAndre Hopkins has gone for over 100 yards receiving in a game five times this season, including each of the last two weeks against the Denver Broncos and Tennessee Titans. Both of those teams defend the pass better than his week 16 matchup against the Tampa Bay Buccaneers who are the worst team in the NFL in terms of allowing fantasy points to wide receivers. This is a dream matchup with an elite wide receiver facing an awful defense that can’t defend the position.

After missing the month of October with an injury Davante Adams is looking fully healthy and showed it last week against the Chicago Bears when he caught seven passes for 103 yards and a touchdown. The Bears are much better at defending the pass than Adams’ week 16 opponent, the Minnesota Vikings. The Vikings have allowed the 8th-most fantasy points to wide receivers this season so look for Adams to have an even bigger game under the bright lights on Monday Night Football.

Amari Cooper is coming off a poor performance from a fantasy perspective against the Los Angeles Rams. However, the circumstances of the game negatively impacted his fantasy output. The Cowboys dominated from start to finish in their 44-21 victory and weren’t in a situation that called for throwing the ball downfield to Cooper.

Circumstances will be much different in week 16 against the Philadelphia Eagles. The two teams are battling for the division title with only two games left to play. The Eagles’ secondary has been awful this season allowing the 4th-most fantasy points to wide receivers so expect Cooper to be a big part of the Cowboys’ game plan.