MP Brian Masse is optimistic that Parliament in Ottawa will allow single-event sports gambling in Canada. Masse revealed on Tuesday that he has co-sponsored a new sports gambling bill with Conservative MP Kevin Waugh, which is expected to be discussed in the Chamber within a few weeks of a vote. 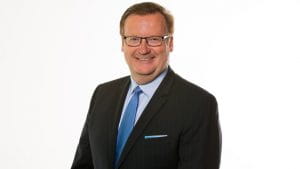 “You now have bipartisan Conservative and NDP members co-sponsoring a bill. This will be another opportunity for the prime minister to do something on this. Kevin Waugh and I will be working with and lobbying members from all parties to finally get this done” – stated Masse.

The MP also added that liberal MPs “danced around” during the election of last October, but now when the “music has run out”, the issue will be discussed and voted on within a few weeks. Considered how Caesars Windsor stands to lose customers to Detroit’s three casinos where sports betting is set within weeks to be legally introduced, Windsor has a lot to do with whether single-event sports betting is legalized.

In terms of this, Masse said that they are going to lose market share to the U.S. as despite the fact that just a few years ago they were getting their hopes high to attract U.S. customers, now they are fighting to keep those customers.

Moreover, Unifor Local 444 President Dave Cassidy promoted the need for legal single-event sport betting in Ottawa just a few days ago. Cassidy shared that he is happy that they are taking another stab at it and that he is hopeful that they are going to achieve their objective. He pointed out that that could open 100 to 150 new jobs considering that this industry is worth $10 billion to $15 billion.

Kevin Waugh, a former television sports broadcaster in Saskatoon shared his thoughts on how social programs across Canada can take advantage of sports betting revenues instead of off-shore companies or illegal bookmakers. He explained that every year black market bookmakers and offshore gambling sites make over $14 billion in illegal revenues. Waugh also added that simple legislation can regulate sports wagering for governments to make a positive investment in the Canadian communities.

In addition, the Canadian Gaming Association (CGA) stated that it fully supports the adoption of the Safe and Regulated Sports Betting Act. It claimed that for decades Canada has had legal sports wagering but now Canadians can only put wagers through a parlay bet, which involves betting on and correctly predicting the results of at least two or more games to win their bets.

Canadians wager around $10 billion annually via unauthorized bookmaking activities in Canada, which are traditionally run by organized crime, according to CGA. Furthermore, more than $4 billion is gambled through offshore wagering sites. Today, only $500 million is wagered by legal provincial sports lottery products that are sold to Canadians, meaning many people bet by illegal and often risky means.

An amendment to require single-event sports wagering has received almost unanimous support from provincial governments across Canada, as well as organized labor support through Unifor and the Canadian Labor Congress; business organizations such as the Canadian Chamber of Commerce; sports organizations such as Soccer Canada and the International Olympic Committee; law enforcement; Canadian mayors and community leaders as well as North American professional sports leagues.