Los Angeles Chargers’ star running back Melvin Gordon has been holding out for a new contract. Neither side is willing to budge in negotiations resulting in the Chargers granting permission for Gordon to seek a trade. His agent will be having talks with other teams that may be willing to offer a contract extension he’s willing to accept. 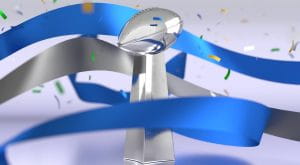 The Chargers were a playoff team in 2018 and won a playoff game against the Baltimore Ravens before losing to the eventual Super Bowl Champion New England Patriots. They hoped to contend once again by retaining their offensive nucleus of quarterback Phillip Rivers, wide receiver Keenan Allen, and Gordon at running back.

With Gordon, the Chargers price was between 12-1 and 14-1 earlier this summer. Now that it appears unlikely he’ll ever play for the Chargers again, those odds have dropped to 18-1. Other contenders willing to acquire and pay Gordon would improve their Super Bowl odds. One potential trade partner is the Houston Texans. The Texans have a talented roster but recently lost running back Lamar Miller for the year to a serious knee injury in a preseason game. Trading for Gordon would address their need for a running back. The Texans are currently a 30-1 shot to win the Super Bowl, a number which would certainly improve with Gordon in their backfield.

With Gordon out of the picture, the value of the Chargers’ other running backs increases. Austin Eckler becomes the most valuable while Justin Jackson should see additional time on the field. Eckler has performed adequately in Gordon’s absence before but lacks his pedigree. Gordon was a first-round draft pick while Eckler was an undrafted free agent. By going with a committee at running back instead of Gordon will save the Chargers a significant amount of money. Gordon’s salary for the upcoming season is over $5 million while the combined contracts of Eckler and Jackson is less than $1.5 million.

The Chargers offense as a whole is unlikely to produce as well as they did with Gordon. He missed several games due to injury and his absence is reflected in the statistics. Gordon averaged 4.0 yards per attempt in 2018 while Eckler only averaged 3.0. As a team the Chargers averaged over 120 yards rushing per game with Gordon and less than 90 per game when he was injured. However, they did win all four games in which he was injured during the 2018 season.

Why Won’t They Pay Gordon?

Part of why the Chargers want to avoid a long-term investment in Gordon is his extensive injury history. He’s missed games due to injury in three of his four NFL seasons. Due to the physical nature of the position, it’s unlikely for a running back to become more durable with age.

Another reason to avoid caving into Gordon’s salary demands is that the Chargers have other mouths to feed. Rivers is a free agent at the end of the 2019 season. Rivers, 37, has been the Chargers’ quarterback since 2004. Due to the longevity and loyalty between him and the team they prioritize giving him a new contract over Gordon.

Rivers commented on the situation to Pro Football Talk by saying, “We love Melvin, but we’re going to go with what we’ve got. It’s a pretty dang good group.”