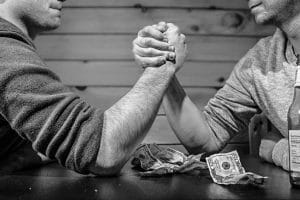 Right now, there are only a few states other than Nevada that have allowed sports betting. The main reason for this is not that more states are uninterested, but that the legislative process can take time. New Jersey was one of the first states to allow sports betting after the overturn of PASPA, and those in the state started betting on the sports they enjoy right way.

Already, more than half of the states in the US are working on creating new legislation to allow for sports betting. This is a long process, however, so it may be some time before more states allow sports betting locally and online for residents. To create new legislature, each state must determine regulations for sports betting, including how it will be handled in casinos, through the lottery vendors, as well as online, and then create the new laws that will govern sports betting.

The states will need to go through the lengthy process to have new legislation approved, which can be made longer if changes are required before everything is approved and put into law. Though this process can take years, it’s expected that the new states will have sports betting legalized within the next five years. Once the legislation is approved, those residing in the state will be able to start betting on the sports they enjoy watching.

Financial Impact into the Future

In just seven states, sports betting has already brought in millions of dollars in revenue. The revenue is the money collected by those who organize the bets, each of which must pay taxes on the money they earn. Though the amount of taxes paid will vary by state, the amount received by states that currently allow sports betting can be used to fund new projects for the residents. As more states begin to allow sports betting, it’s predicted that the industry’s total revenue will increase significantly, leading to more tax funds available to fund projects throughout the United States. With sports betting predicted to be legal in 35 to 40 states by 2024, this could lead to huge increases in revenue and related taxes.