Naysayer to Sports Betting, Gave Up Sooner than Expected

The US National Football League renews its partnership with Sportradar in order to distribute sports data from the league into new sports betting operators in the US and further international markets. Up until recently, the NFL has been reluctant to sports betting and stood firm in its opposition regarding the expansion of the industry. To everyone’s surprise they gave in sooner than expected.

What Are the Benefits from the Agreement? 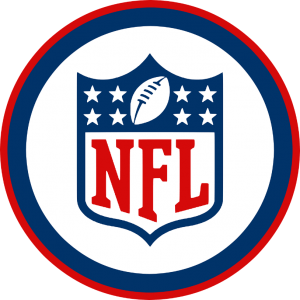 The logo of the National Football League © mohamed Hassan / Pixabay

Sportradar and NFL have been working together since 2015 but the arrangement was to allow the company to distribute the data to media outlets instead of gambling bookmakers. After modifying the agreement, Sportradar will now have the opportunity to distribute play-by-play data and NGS which stands for player tracking data everywhere where sports wagering is legal. In addition, sportsbooks can now offer in game betting and use authorized league data to set lines and odds. Bookmakers that operate with Sportradar will all have access to Next Gen Stats provided by the league itself. Sportradar will also have the opportunity to supply live audiovisual game feeds to other sportsbooks.

The global data collector is supposed to improve the speed of the NFL data but also to provide better consumer protection. Furthermore, by using Sportsradar’s integrity services, NFL will be able to closely monitor wagering not only during the games season, but also pre and post season. NFL is a long time sponsor and an investor of Sportradar. The latter pays the football league $5 million per year for its distribution rights.

Carsten Koerl, chief executive of Sportradar said: “We are confident we will maximize our strong partnership with the NFL and deliver ground breaking products across the gaming, fantasy and the media worlds.”

NFL Is on the Way to Increase Revenues through Sports Betting

NFL as one of the richest and most successful sports leagues in the states has been avoiding the spread of the sports betting industry and its expansion. When the Supreme Court violated the 10th Amendment of the US Constitution and gave freedom to the states to choose whether to go for or against sports betting, the result was clear. Major Basketball League, the National Basketball Assn., as well as the National Hockey League all gave in to the fast growing industry so it was a matter of time for NFL to surrender and grow more income and revenue along with its fellow colleagues. From a study conducted by the American Gaming Association regarding the monetary impact sports betting will have on the leagues, the NFL was the leading figure on the market with a profit of $2,3 billion annually from bookmakers.

Sara Slane, the AGA senior vice president of public affairs at the time, said: “Legal regulated sports betting will create huge new revenue opportunities for sports leagues and NFL could be the biggest winner of all.” As live betting spreads and grows in popularity across the States the latest agreement opens up a whole new world for possibilities. Football as one of the public’s favorite sport has collected tons of fans who place wagers on more than any other game in the United States is likely to make loads of cash over the new deal.