Kansspelautoriteit, the Netherlands Gambling Authority charged with enforcing local unlicensed online gambling, fined the parent company of Bwin €350,000 for servicing those located in the country. It is unclear how long Bwin was servicing Dutch players, but the enforcement authority found enough evidence to merit a hefty fine.

This penalty comes in August of 2019, which means it was issued less than five months since the owners of Casino.com were fined €450,000 for doing the same thing. The fine for the latter was higher because it was a repeat offense, the first taking place in 2014. 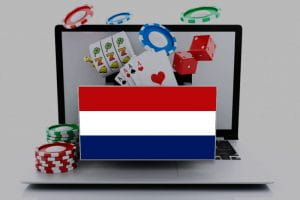 ElectraWorks Limited, owner of Bwin and subsidiary of GVC Holdings, was fined €350,000 by Kansspelautoriteit for offering online gambling to players located in the Netherlands. The determination was based on Bwin’s .nl website and displaying their website copy in the Dutch language.

Going further, the Kansspelautoriteit found the Bwin was focused on Dutch customers due to “the use of the Dutch payment method iDEAL.” They went on to state: “Offering the possibility of gambling is prohibited in the Netherlands without a license. Under the current Gambling Act, it is not possible to obtain a license for online gambling.”

To clarify, while you need a license to offer an online casino to players in the Netherlands, no licenses are being issued. So, if you were to bet real money at an online casino from inside the country, that betting operator would be in violation of Kansspelautoriteit authority.

Interestingly, 23 affiliate websites (which are designed to market online casinos to potential depositors in exchange for commission from the casino) were shut down by the Netherlands Gambling Authority just last month for appealing to Dutch players. While they avoided financial penalties by agreeing to cease their marketing efforts, the sweeping enforcement further showcases the Kansspelautoriteit’s steady pursuit of strict enforcement.

The “Financial Covenant” Between Banks and Kansspelautoriteit

Repeated violations against the Netherlands Gambling Authority can make an operator subject to the Financial Covenant between banking institutions and Kansspelautoriteit. Basically, the operator is put on a list that’s distributed to banks around the world that are part of their network. These banks would then refuse new customers on that list, and terminate their partnerships if that operator is already a customer.

So, beyond hefty fines, the risk for online casinos include a sort of financial Black List that could be detrimental to operations. They began forming their Financial Covenant since at least 2012, meaning the list could be continuously growing. While a PDF of the agreement is online, there doesn’t seem to be a list of the banks in the covenant.

Are Bwin and Casino.com Trustworthy?

Bwin and Casino.com weren’t accepting Dutch gamblers as part of a scam to take their money. Instead, both are well-respected online casinos with largely positive reviews on player forums and review websites alike. But because they accepted deposits from players within the Netherlands, they were in violation of Dutch gambling laws.

So, if you’re located in a country that Bwin supports for deposits and withdrawals, they are a legitimate casino, sportsbook, and poker website.