UK Sports Minister Nigel Huddleston urges the gaming industry to move beyond 10-point pledge to protect vulnerable people during the quarantine caused by COVID 19 that caused people from all around the world to stay locked at home. 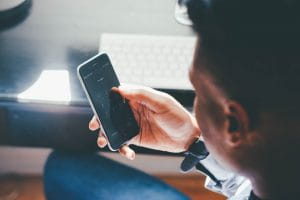 A number of lawmakers have opposed the Betting and Gaming Council (BGC) promise that seeks to prevent gambling addiction as many people around the country are limited to their homes.

In regards to this issue, Huddleston sent a letter to Flutter Entertainment’s chief executives, William Hill, Skybet, GVC Holdings, and Bet365. He requires all advertisements that air during the quarantine to more prominently display safe gambling promotion.

“I expect patterns of play to be closely monitored so we can move quickly if there is any evidence of problem gambling increasing,” stated him.

Although there are not many clear statistics out there yet, there is an indication that betting firms are seeking to make up for deficiencies in sports betting by increasing the number of online casino advertisements on social networks.

There Is an Increase in Online Gambling According to UKGC

The UK Gambling Commission (UKGC) has seen signs of an increased presence in online casinos. In his letter, Huddleston informed the gambling companies that they would possibly obtain a query from the UKGC during the lockdown for comprehensive data on gambling trends. It will help to decide if the authorities should take further action.

More concerns about gambling ads during the lock-down than normal have been issued from the Advertising Standards Authority (ASA).

In his letter, Huddleston also calls on gaming companies to catch up with their VIP ratings, game design, and advertising innovations.

The Sports Minister has also requested an update on the industry’s strategy to increase spending on gambling addiction research and treatment. Major gambling firms have committed to investing £100 million on this initiative over four years.

The BGC released its 10-point pledge in the early stages of its lockdown in the UK. Among its assurances was that its leaders would not manipulate people vulnerable to gambling issues due to long working and domestic hours.

Nevertheless, early this month a few gambling company owners, parliamentarians, and a leading gambling addiction specialist wrote a letter opposing the dedication of the BGC to Huddleston. They claimed that all the proposals are either low, ambiguous, or already part of their license.

Despite the widespread postponement of sporting events, sportsbooks are looking for new ways of producing revenues. This includes giving chances even to sports like table tennis and drone racing.

In the UK there have been some speculations that gaming firms will not obtain government financial support. The BGC, however, wrote a letter to Chancellor Rishi Sunak to ensure that assistance was provided to these firms.

However, many operators have already suspended forecasts for the year, seen their stock prices crash, lowered dividends, and made complaints about their revenue.

The crisis caused by the pandemic affected many companies from different industries all around the world. The gambling industry is also one of them.