The UK gambling industry in March was warned to not take advantage of the current situation with COVID 19 and include it in their gambling offers online. What’s more, Chancellor of the Exchequer Rishi Sunak offered a ‘business rate holiday’ in a coronavirus business aid package aimed at improving the UK economy and supporting small businesses. But gambling was not initially included in that package. Indeed, rather than entertainment or recreation, the gaming industry was considered a financial business, confusing just about everyone who has ever lost money gambling. 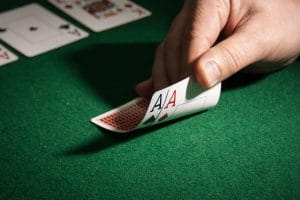 The announcement sparked outrage from critics, whilst the Betting and Gaming Council (BGC) sent an open letter to the Chancellor criticizing the decision. Yet here was where common sense emerged – and where there could be hope for the casinos in the USA are now facing a similar situation.

In response to its original verdict, the UK Government did also make a U-turn on its policy, adding gaming in its vacation allowance, a move that was publicly welcomed by Michael Dugher, CEO of BGC.

The people would never fully know the reasons underlying the initial scheme, although there is, of course, very likely that there was an aspect of politics involved, with the stock of British casinos at what others find to be an all-time low in terms of popular opinion and credibility.

Similar Situation Might Happen in the US as Well

Nevertheless, this idea is not unique to the Houses of Parliament. In the US, Bill Miller, president, and CEO of the American Gaming Association, recently accused the Small Business Administration (SBA) Payback Protection Program of being focused on discriminatory policy.

“Making SBA resources available to size-eligible gaming businesses is the right thing to do. As it stands, the policy discriminates against these mainstream businesses and, more importantly, the hundreds of thousands of employees who rely on gaming for their livelihood” – wrote Miller in an open letter for President Donald Trump.

Currently, the SBA Law regulations any organization that earns more than one-third of its total annual revenue from legal gambling operations from receiving any loans or assistance.

Nevada Congressional Delegation also sent a letter to the House and the Senate recently.

Given Trump’s connections to and experience with the gambling industry, it would be a shock if the US President would not change the scenario, as Miller rightly points out, to help companies give a massive boost to the US economy.

The Gambling Industry Battles for Respect During Corona Crisis

Currently, the two cases in the US and UK have quite a few similarities. For once, developments in the UK could have given the US some hope.

Whatever occurs in the Payback Protection Program, though, the coronavirus pandemic has demonstrated that gaming remains predictably far down on policy priority lists. And, whether in the United States or the United Kingdom, it has been seen that the industry must be more determined than ever to battle for the respect it deserves, particularly now during the coronavirus pandemic.