After 100 days of shutting down due to COVID-19, the governments have allowed to partially re-open the businesses and nine casinos in the Atlantic City have to call back their full line of employees to meet the demand of their customers. However, things aren’t happening as smoothly as people imagine.

The Atlantic City Press newspaper published a report this Wednesday showing the official information from the New Jersey Division of Gaming Enforcement that the casinos from the seaside city Borgata Hotel Casino and Spa from MGM Resorts International had 22,352 workers in August and has the largest number of on-site members of staff of around 3,128.

The Newspaper Showed the Total August Tally to Drop by 10% 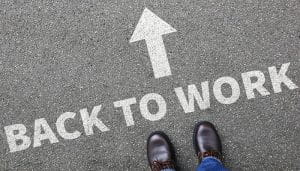 The newspaper also revealed that the total August tally showed a clear drop of over 10% monthly in addition to somewhere 21% lower than for the same 31-day period in 2019. Moreover, the report showed extremely alarming statistics according to which 5,771 Atlantic City casino jobs were posted in the “other classification” category which is typically lower and impermanent than the previous postings due to the coronavirus pandemic.

The Senior Vice-President for Eastern Region Operations of Eldorado Resorts Incorporated as well as accountable for the Tropicana Atlantic City venue, Steve Callender told the Atlantic City Press that his firm was careful and made all the safety measures before calling their employees back to the work.

Steve Callender told the newspaper that the most important and the last thing that they want to do is to have employees come back to work and then furlough them again.

The press further addressed that the August report has revealed a decrease of 28% in the annual full time holding positions within a New Jersey Casino. But they also stated that this was an improvement sign in terms of July’s tally.

Borgata Hotel Casino and Spa in the Marina District property laid off 2,295 in August whereas it typically had more than 5000 employees in the past.

According to Jane Bokunewicz, the Institute Coordinator for Stockton University’s Levenson Institute for Gaming, Hospitality, and Tourism, this move is due to the fluctuation of the market as most casinos owners are trying to bring back as many furloughed employees as possible whereas others are letting the rest wind up.

Bokunewicz told the Atlantic City Press: “Borgata Hotel Casino and Spa may have been impacted more than other properties since it has more of a non-gaming footprint than others. The food and beverage and convention jobs would be among the most vulnerable under current circumstances.”

Steve Callender further works as a President for the Casino Association of New Jersey and addressed to the newspaper that his organization is among all those who have started to offer alternative positions to their staff members like housekeeping and greeting etc so that they can get their job going during the pandemic when they have no posts left for the organization.

Steve Callender further proclaimed that despite the challenge due to COVID-19, there are new jobs and roles that they are continuously trying to fill so that employees can get their job going on.