No NCAA Injury Reports For 2019 Season

As more states are legalizing sports gambling the NCAA considered reevaluating their stance on the issue. On July 7, 2019, the NCAA Board of Governors solidified their position opposing the legalization of gambling on collegiate athletics. They decided that no form of betting on college sports is acceptable, even fantasy games and office pools are strictly forbidden. NCAA athletes and administrators are also prohibited from engaging in any form of gambling. 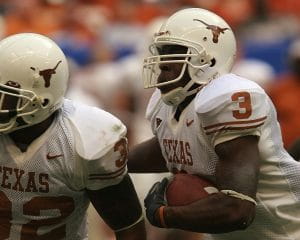 In recent years the NCAA has become lenient on other issues. Many college stadiums now sell alcohol and the penalties for marijuana have been reduced. Betting on games is where the NCAA draws the line.

Why The NCAA Opposes Gambling

NFL players capable of impacting the outcome of a game earn millions of dollars. If a criminal organization offered an NFL quarterback $20,000 to take a dive while his season’s salary is $20,000,000 he’d laugh in their face.

College players are not financially compensated for playing. They would have the incentive to accept payouts to shave points and fix games. Lead1 represents FBS athletic directors who are accountable for all major college football programs. Tom McMillen is the President of Lead1 and told CBS Sports, “[The NCAA] has got to do something. They leave themselves open to corruption.”

Ohio State University President Michael Drake is chairman of the Board of Governors told the Detroit Free Press, “The ad hoc committee gathered through feedback from conference commissioners, athletic directors, athletic trainers, and student-athletes across all three divisions about potential player availability reporting. The membership has significant concerns about the purpose, parameters, enforcement, about the effectiveness of a player availability reporting model.”

Todd Fuhrman is a gaming analyst for Sportsline and told CBS Sports, “Truth be told I can see both sides. A transparent injury report alleviates any concern of inside knowledge but the only league right now at the pro level where things are shared is the NFL.”

The NCAA would struggle to replicate the NFL’s model for injury reports. The NFL has 32 teams to monitor. The NCAA has over 1,000. The NFL introduced injury reports back in the 1940s. That same decade the NCAA suffered gambling scandals in both football and basketball.

Also, there’s a maturity factor in play. The NFL is comprised of adult professionals. College players are typically between the ages of 18-23 and still have some growing up to do. Take into account that there are far more college players than pros, there are far more opportunities for sensitive information to be leaked compromising the integrity of the games.

Privacy issues would also be a concern for the NCAA. There are federal guidelines which protect students from having medical information disclosed. It’s unlikely they would be permitted to use the term “injury report.”

The NCAA is understandably sensitive regarding gambling due to the extensive history of scandals. However, in May of 2018, they appeared to be progressing towards becoming more accepting of gambling. That’s when NCAA President Mark Emmert announced the temporary lifting of a ban which prevented states that allow gambling to host NCAA championship events. He also stated that the NCAA board of governors would consider eliminating the ban permanently.