North Carolina Governor Roy Cooper signed legislation which will permit sports gambling at Native-American casinos. The bill only applies to the Eastern Band of the Cherokee Tribe for the two casinos, Harrah’s in Cherokee and Valley River in the small town of Murphy. Both Cherokee casinos are operated by Caesar’s Entertainment. The Cherokee tribe currently holds a monopoly on gambling within North Carolina. 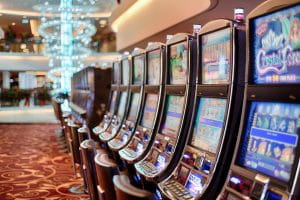 Sports gambling via mobile electronic devices is still prohibited within the state. The bill requires that any sports bets must be placed on tribal lands within the brick and mortar casinos in Western parts of the state, located in the Appalachian Mountains. The location restriction in addition to the lack of mobile gambling prevents the state from maximizing gambling revenue opportunities. Charlotte is the nearest major city nearly a three-hour drive away from Harrah’s Cherokee casino and the nearest regional airport is also over an hour drive away. Mobile gaming would appear to make sense following the lead of states such as Indiana and New Jersey, but lawmakers still oppose it. For example, mobile gaming accounts for over 80% of sports gambling revenue generated in New Jersey.

North Carolina already permits Eastern Band of Cherokee casinos to host live poker, slot machines, and various other video gambling machines. The bill allowing sports gambling passed easily through both the Senate (by a vote of 43-7) in April and House earlier in July. Annual revenue is projected to exceed $1 million. There was a consideration to disallow placing bets on teams based within the state, but lawmakers preferred a more permissive bill. The bill does not include any language regarding a licensing process or integrity fees. There are no restrictions regarding placing wagers on any specific teams or games.

In 2018, the U.S. Supreme Court ruled states could decide for themselves if they choose to legalize gambling on college and professional sports. North Carolina joins Delaware, Indiana, Mississippi, Nevada, New Jersey, New Mexico, and West Virginia as states to legalize sports betting. Seven of those states have done so in 2019.

Not Everyone Supports Casinos

Some Native Americans in North Carolina have concerns about the impact gambling has on their culture and communities. In 2018, Harrah’s Cherokee welcomed over 4 million guests. Another 1.4 million people visited the Valley River Casino. In contrast, the Museum of the Cherokee Indian and “Unto These Hills”, a summertime outdoor drama production, drew less than 200,000 people combined. Marina Hunley-Graham is the artistic director for “Unto These Hills” and told the Carolina Public Press, “Yes, it is a concern that people in the casino don’t typically leave the casino.”

“Unto These Hills” began running its theatrical production in 1950. Harrah’s Cherokee opened in 1997 and Valley River Casino didn’t open until 2015.

Tourist buses run consistently throughout the day busing in people from all over the state and drops them off at the casinos, not at the other various Cherokee attractions. The Harrah’s Cherokee location is the largest resort property in North Carolina and offers entertainment options so abundant that guests have little interest in anything outside the hotel’s doors. It contains a swimming pool, shopping, gambling, and even hosts concerts.

How Casinos Benefit the Cherokee People

The financial benefits certainly help soften the cultural blow. In 2018, gambling revenue from Harrah’s Cherokee was nearly $400 million. Half of that figure was distributed among tribal members with 16,000 of them receiving $12,000. It was the largest distribution in the 21-year history of the casino.

Some of the casino profits were invested in a Cherokee Preservation Foundation. The intent is to increase exposure and interest in Cherokee culture while prioritizing its preservation. Hunley-Graham also told the Carolina Public Press, “We want people to come away saying ‘Hey, the Cherokee people are still here.”