Pennsylvania legalized Online Poker more than two years ago, but they finally join New Jersey, Nevada, and Delaware with the launch of PokerStars, the first licensed outlet available in the state. The two-day soft launch on November 4th and 5th invited players within specified hours to test the platform. Then, on November 6, the site launched in full, making Pennsylvania the fourth US state to offer licensed Online Poker within their borders. Despite the delay, interest didn’t seem to wane, as the numbers are already looking promising.

How to Play Licensed Online Poker in the US 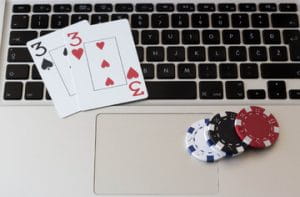 To play licensed Online Poker in Pennsylvania, only one option exists: PokerStars. Thankfully, the brand is top-rated and offer a large pool of opponents, impressive tournaments, and a smooth, intuitive mobile platform. To join and bet, the user needs to allow PokerStars to track their location while using the app to ensure they’re located within the state. It’s not enough to have a PA address, a PokerStars member is blocked from playing in any other state other than New Jersey, Nevada, and Delaware. The same is true for those states. Those living in any of the other 46 states need to visit these states to play, or go with an off-shore Online Poker operator.

After the initial two-day soft launch, players won a total of $950,000 on PokerStars between Wednesday and Sunday, a promising start for a brand-new (to the state) platform. Various tournaments, with entry fees that range from $20 to $250, saw players walk away with large jackpots up to $7,712. In the end, $450,000 was won in tournaments alone, with another $500,000 won in the sit-and-go rooms.

The numbers may be attributed to the excitement following the launch, especially after two years of anticipation. But licensed online casinos have already existed in Pennsylvania for a year, so this wasn’t the state’s jumping off point for online gambling as a whole. Experts also predict that the large influx of players on the PokerStars platform could serve to rejuvenate the Online Poker activity in the other states where it’s legal. As it stood at the time of Pennsylvania’s PokerStars launch, the numbers had been plateauing at best – but mostly dipping.

A Brief History of Online Poker in America

Since the dawn of reliable transactions on the internet, Online Poker players located in the United States could face off against opponents from around the world. And yes, since the 1990s, anyone, anywhere in the US could place real-money bets with nothing more than an internet connection and credit card number. But the catch was that the websites were unlicensed in the United States. Thankfully for those players, enforcement of Online Poker legality was focused (and is still focused today) on the operators, not the players.

Despite the fact that folks in four states can play licensed, fully-legal Online Poker sites thanks to their state’s gambling legislations, so too can anyone else. However, off-shore operators are not held to the same regulatory standards as US-based providers, and a player’s best (and usually only) recourse for disputes relies on filing through third-party websites that can blacklist the site if the operator doesn’t settle up to their standards. Compare this to filing a dispute in one’s home state, and, well, it’s not even comparable.

This means that existing Online Poker players in Pennsylvania could switch for the peace of mind alone. By the same token, those interested in playing Online Poker but never did for fear of placing unlicensed bets may feel comfortable with the new, more legitimate outlet.