Giving his best efforts to obtain higher exclusivity rates on the Class III casino games that the tribes from Oklahoma should pay the state, the governor Kevin Stitt decided to give a chance to the law firm Perkins Coie LLP to discuss the gaming compact dispute. 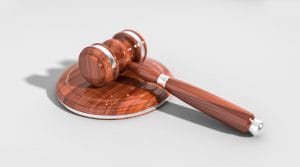 The three tribes the Cherokee, Chickasaw and Choctaw are looking to obtain a declaratory judgment regarding their 15-years-old gaming compacts. The tribes are looking for an immediate renewal of the contract while according to the governor it expired on New Year’s Day and should be renegotiated.

Moreover, he said that he believes that the tribes should pay higher exclusivity rates compared to the 4-6 percent graduated rate that the tribes are now paying on Las Vegas-style Class III slot machines in addition to another 10 percent of their monthly net win from table games.

Perkins Coie will give the governor a hand with this issue and also address a federal lawsuit filed by the tribes on December 31, 2019.

“With Perkins Coie, the State of Oklahoma is well-positioned to work towards a compact that protects core public services and advances the future of our great state, its 4 million residents, and gaming tribes. The legal experts at Perkins Coie have successfully represented other states in Indian law controversies, to include the State of New Mexico’s compact dispute in 2015” – stated governor Stitt.

How Much Perkins Coie Will Cost Oklahoma?

Nevertheless, this decision was not warmly welcomed by House Minority Leader Emily Virgin who opened the question about how the governor is planning to pay for using Perkins Coie’s services. In fact, the hourly rate that should be paid to the three attorneys from Perkins Coie for this case will be from $430 to $750 while an additional $390 per hour will be paid to a legal assistant.

However, Donelle Harder, the spokeswoman on behalf of the governor explained that they intentionally selected a contract based on an hourly rate for assistance to compact negotiations. She said that the quicker they resolve the dispute about compact expiration, the less will be the cost to the state.

The state of Oklahoma was initially represented by Oklahoma Attorney General Mike, however, on December 17 last year he decided to step back from the process and leave space for the governor’s office to continue with the negotiations with the tribes.

Moreover, representatives of the Chickasaw Nation were reported to have met with members from Oklahoma’s Gaming Compliance Unit with a purpose to talk about the letter which was sent in late December to all of the tribes regarding resume auditing their gaming operations on January 2, 2020. The spokeswoman for Governor Stitt revealed that the state stopped conducting audits on the casino’s business activity between New Year’s Day 2018 and January 1, 2018.

Harder explained that the meeting was an opportunity for the staff and the Gaming Compliance Unit to explain and have a discussion with the Chickasaw Nation regarding the State’s process for reviewing Class III gaming revenue and how it has worked with other tribes in Oklahoma.

The state of Oklahoma has recognized 38 tribes of which 31 signed the gaming compacts.