Isai Scheinberg, founder of the gambling enterprise PokerStars, pled guilty to running a multi-million-dollar internet gambling business on Wednesday the 25th of March 2020. Mr. Scheinberg pled guilty to one count of operating an illegal gambling in a New York court and faces a sentence of up to five years in prison. Judge Lewis Kaplan has been given the mandate of determining his punishment but the date of the sentencing is yet to be set. 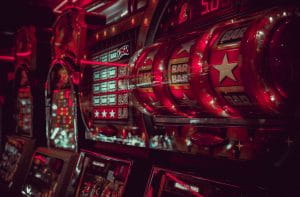 The plea comes nine years after he and other online poker players were indicted by New York prosecutors. In 2011, Mr. Scheinberg and 10 other principals at three online gambling enterprises were charged with bank fraud, money laundering, and illegal gambling. All the other executives plead guilty and have been sentenced.

PokerStars had agreed to pay $731 million to settle the charges with the U.S justice department in 2012 but did not admit to any wrong-doing. A civil forfeiture and civil money laundering action was brought by the U.S authorities and it saw the company forfeit $547 million to the U.S and reimburse $184 million owed to Full Tilt Poker players after the collapse of the gambling operator.

Mr. Scheinberg becomes the last individual to face the charges launched in 2011 following a country wide crackdown on online gaming sites that targeted U.S customers. The passage of the Unlawful Internet Gaming Enforcement Act (UIGEA) in 2006 saw a host of igaming operators pull out of the U.S market, but a small number continued with business as usual.

The U.S Attorney for the Southern District of New York, Geoffrey Berman, revealed that Mr. Scheinberg had been arrested in Switzerland on the 7th of June 2019. The 73-year-old dual Canadian and Israeli national was arrested as a result of the charges. Later in October 2019, the Swiss Federal office of Justice ordered his extradition to the U.S, a decision that he appealed. In January 2020, he withdrew his appeal and surrendered to federal agents after which he was arraigned before Judge Katharine Parker.

Through a statement, Mr. Scheinberg remarked that he was pleased to put the matter behind him. The statement went on to further confirm that all PokerStars players were paid their dues in kind. Part of his statement reads, “Notably, all PokerStars Players were paid back immediately and I played an important role in ensuring that all of the players from other sites were repaid as well.”

“Ten years ago, this office charged 11 defendants who operated, and/or provided fraudulent payment processing services to three of the largest online poker companies that were operating in the United States,” remarked Mr. Berman. He went on to add, “PokerStars, Full Tilt Poker, and Absolute Poker were the companies that were charged with operating illegal gambling businesses and other crimes.”

The Attorney went on to reaffirm his commitment to upholding the law regardless of circumstance and time. “As Isai Scheinberg guilty plea today shows, the passage of time will not undermine this office’s commitment to holding individuals accountable for violating the laws of the United States of America,” reaffirmed the Attorney.