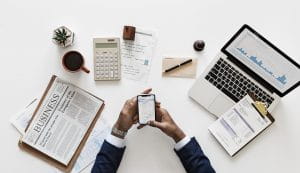 Senior Manager at Iovation, Brooke Snelling explains that the gambling industry is consistently exposed to a risky transaction from mobile phones. According to her, fraudsters are constantly improving their tactics to make the transactions appear more legitimate as if they were made by real customers, however, Iovation is able to instantly distinguish a real customer and a repeat fraudster.

“One could speculate that gambling operators have put controls in place to stop these types of abuses so fraudsters have moved to easier targets. But keep in mind there is nothing concrete to back that up and these statistics are only through June 30, so much can change in half a year,”–stated Snelling to Yogonet.

In fact, the study made by Iovation claims that North America is by far one of the top continents with the highest percentage of overall transactions coming from mobile devices.

North America is the leading continent when it comes to mobile fraud transactions in 2019 with 59% while Asia with 55% is in the second space. What’s interesting about this is the fact is that in the past few years the situation was vice versa when Asia was on the first place in mobile fraud while in 2017 and 2016 North America had the lead.