SBTech’s front-end developer sportsbook has ensured Argryll’s success in the UK market, which also benefits from the suppliers turn-key solution. Agryll migrated into SBTechs sportsbook platform in 2017 and has since experienced exponential growth. The operator utilizes SBTechs services through its operator brand SportNation. 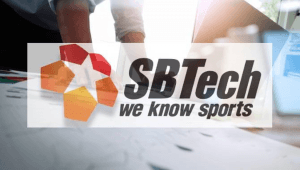 Andrew Cochrane, SBTech chief development officer said: “Argyll is a rapidly growing force in sports betting and the combination of our industry-leading technology and their ambitious goals for the next five years will continue to see them achieve further success, launching new and existing brands into the UK and other international regulated markets.” SBTech has had a busy start of the year announcing its partnership with Genesis new Sportsbook earlier this week. Additionally, the company is on the verge of being acquired by Draftkings operator.

CMA Starts The Investigation Into Flutter And Stars Group Merger

Competitions and Markets Authority (CMA) has confirmed the start of its investigation into the anticipated merger between Flutter Entertainment group and Stars Group. The merger commenced last year October and Flutter groups, in the agreement was supposed to acquire Stars group in a merger that would have generated $4.66m in revenue on a pro forma basis.. The high cost of the merger, $11bn, meant that the deal would be highly scrutinized since it gave a lot of shares to Flutter in various markets including the UK and the US.

The CMA has since then launched phase 1 of the investigation which is an open field to the public to comment on the transaction. This investigation only facilitates for the UK market. Any interested party in this market has therefore been invited to leave their opinion before 18th February. If there will be no obstruction, this merger will be completed by the end of Q2 2020.

A statement from the CMA read: A statement said: “The CMA is considering whether it is or may be the case that this transaction if carried into effect, will result in a substantial lessening of competition within any market or markets in the UK for goods or services.”

QTech Games has announced its merger with Epic media in an attempt to venture into the emerging markets around the world. Markus Nasholm, Chairman of the Board at QTech Games, said: “We’re thrilled to have finalised this milestone merger with Epic Media, and delighted to have the combined experience and expertise of Staffan and Ulf on board.” Ulf Norder, the head of Epic Media said: “For me, having previously been more active in Europe’s ‘margin markets’, this role is a perfect opportunity.”

Codere To Introduce Habanero Into The Colombian Market

Habanero is set to launch in Colombia after increasing its partnership with Codere. Through this partnership, Codere will facilitate the availability of Habanero’s games such as BlackJack, Slot games, Poker and Roullete to players. The two companies have been working smoothly since 2018. Habanero Business Development Executive Vera Motto said: “Colombia is a really exciting market full of potential and we are delighted to be making our debut at a time when opportunities are aplenty.

“To do it with such a prestigious and respected operator makes our entrance particularly significant and we look forward to a mutually beneficial partnership as we both continue to grow our footprint in the market.”

The new deal boosts the ever-growing list of Hababero’s patnerships around the world.