Sports Betting Legalization on the Table Again in California

Last Thursday, the California legislation received a new bill, sponsored by Assemblyman Adam Gray and Senator Bill Dodd. It isn’t the first time the state’s officials are doing this, as a similar proposal last year, failed to gain any transaction. 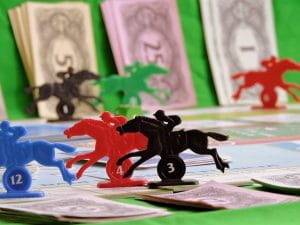 At present, New Jersey and Nevada are the leaders in the industry, but California can disrupt them and become the center of legal sports betting. The move from the officials isn’t much of a surprise, as Californians For Sports Betting attempted to introduce this type of gambling in 2020 ballot entry. They needed at least 623,000 signatures, but they failed to do so, which lead to the death of this initiative.

Senator Bill Dodd stated in a press release, “I look forward to working with stakeholders in a collaborative effort to help bring this out of the shadows, By legalizing sports wagering, we can avoid some of the problems associated with an underground market, such as fraud and tax evasion, while investing in problem gambling education.”

Adam Gray believes that it is high time for the state to be a part of the multi-billion dollar industry. He wants California to bring an end to unregulated and illegal online gaming by providing the residents with a safer alternative. Gray is looking to introduce safeguards, which prevent fraud, money laundering, and underage gambling.

Known as ACA 16, the new bill must gain passageway through the state legislature with a majority vote of two-thirds in favor of it. Only then will it be able to make its way to the 2020 ballot.

Tribal Groups Against the Proposal

However, this isn’t an easy task, as the bill will face opposition from the Californian tribes. The California Nations India Gaming Association disapproved the plans from the officials. They stated that they wouldn’t sanction any type of gambling expansion, especially sports betting. Earlier attempts from the government to expand gambling faced significant opposition from tribal groups.

The Pechanga Band of Luiseño Indians will also be taking a look at the proposal, as they want to choose the best path for California. They stated that the new bill would allow people to place bets in 100 locations, which doesn’t meet the state’s policy to limit gaming.

The state’s tribes have more than 60 casinos in California and have control over the gaming industry. While private groups created card houses and private poker rooms, tribal groups sued them, by stating these types of operations were illegal. However, these rooms remain legal as they obtain funding from the players, not a central operator or house.

California has plans on becoming an independent state, which means they don’t receive any support from the federal government. Given the fact that New Jersey beat Nevada for the first time in generating sports gambling revenue, Californian officials understand the importance of this move.

The state is one of the biggest when it comes to sports culture, which makes it the perfect place to legalize sports gambling.

Should the bill become a law, the state will have a great source of financial support, which can enable their dream to become a reality. A research firm known as Eilers & Krejcik Gaming stated that California could generate over $2.1 billion in revenue.

The bill didn’t talk about which places will allow sports betting nor how much the state will receive from sports betting. International Center for Gaming Regulation’s associate director, Jennifer Roberts stated that it wouldn’t be a surprise if California approved this bill.

However, the officials need to address several key areas for the proposal to gain traction.