Puerto Rico has officially become the latest member of the United States to legalize sports betting as of late July. Representatives point out the island territory will be the first in the Caribbean to sign such a bill into law.

Casinos and tourism have long been primary drivers of Puerto Rico’s economy, both of which took significant blows when the island was hit by Hurricane Maria back in 2017. Since then, the long-running U.S. territory has been struggling to recover. Analysts predict this new bill may be the key to a financial revival. 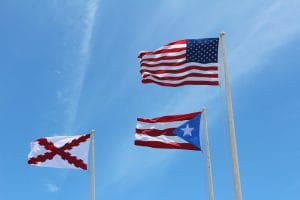 Puerto Rico – the latest member of the U.S. to legalize sports betting © Pixabay

This development has been a few months in the making as a way of boosting Puerto Rico’s economy according to numerous reports. Casinos, horseracing tracks, betting parlors and other popular gambling venues will now be allowed to set up sportsbooks for American citizens both on and off the island. This alone has the potential to bring more than $60 million into the U.S. territory per year, but the matter runs far deeper.

One interesting facet of the recently signed bill is its inclusion of esports betting. This creates a number of new possibilities for the world’s continually growing esports following whose members enjoy making wagers on games like Call of Duty, League of Legends, Madden NFL and Fortnite. Officials expect the esports betting sector to generate $3 billion in revenue for Puerto Rico over the next few years.

Yet another twist in the bill is its cockfighting provisions. This particular sport was outlawed in the United States and many of its territories, including Puerto Rico, Guam and the U.S. Virgin Islands, upon the passing of the Agriculture Improvement Act of 2018.

Cockfighting arenas that were operating legally in Puerto Rico but shut down in 2018 will be allowed to resume activities and granted their sports betting licenses for free for the next ten years. Analysts forecast this aspect will also spur an uptick in the island’s economy.

In order to further sweeten the pot, Puerto Rican officials plan to impose lower taxes on sports betting than other portions of the United States. At present, taxes on the island are set at 7 percent for land-based books and 12 percent for those on the online front. Mainland rates hover around 24 percent. This decision was made to help encourage bettors and bookers to bring their business to Puerto Rico as opposed to elsewhere in the U.S.

Certain authorities insist the new sports gambling bill could not have come at a better time. Just last week, riots ensued across the island after news spread about controversial messages circulating among some of its top government officials. This development prompted a number of popular cruise lines to bypass their Puerto Rican ports of call to ensure the safety of their passengers.

Earlier this month, members of the Puerto Rican government were touting growth in their tourist sector brought about by cruise ships. This year was on pace to bring in record-breaking numbers of cruisers and around $250 million in revenue according to a recent press release from news portal, Caribbean Business. Cruise lines cancelling their stops in Puerto Rico could put a damper on those figures.

Tourism and gambling are regaining steam across Puerto Rico as the island steadily recovers from the devastation of Hurricane Maria. Still, residents have been anticipating a much-needed additional economic boost. This new gambling bill is likely to spark progress through both on-site and online venues. Recently passed gambling legislation will undoubtedly open up range new opportunities for those in all branches of the industry.