Menominee Casino Resort recently declared that it was experiencing transient faults after the cyberattack on its computer systems. 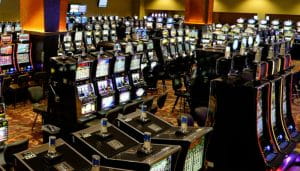 The report highlights that the cyberattack came from an external source. The officials are working with the FBI and cybersecurity services to inspect the attack and assess the effect on their computer systems.

“If it is determined that the personal information of our guests or team members was exposed, we will notify those affected individuals in writing,” – said Daniel Hanson, GM at Menominee Casino Resort.

He also said the forensic team they have hired is in touch with the cybersecurity experts from the FBI. They are experts in these situations, so it looks like the communication relationship continues.

According to Hanson, the specialist detected a problem in the computer system and turn off the system. The Menominee Casino Resort hired IT experts to verify the cyberattack and approached the police.”

Hanson also said that the current investigation shows that everything is fine. They also feel that in the short time they were in the system, they did not have enough time to use it.

Daniel Hanson stated that he is not 100% sure, but it looks like the hackers want to close the casino resort. He did not know how much financial damage the hackers have done but that it would be significant.

Moreover, Hanson aims that the data is constantly altering, and he is trying to become as transparent as possible. Even if he doesn’t think they’ve taken something, he’ll let people know right away if something changes.

More about the Ransomware Epidemic

Ransomware attacks hit headlines around the country last month as hackers obtained entry to Colonial Pipeline networks, strained them to go offline, and caused fuel deficiency on the eastern seaboard.

A few days ago, the Ex Cisco Chief Executive Officer John Chambers informed Yahoo! Finance that malware attacks are increasing. He stated that USA businesses could anticipate 65k to 100k cyberattacks in 2021 alone; the average cost of each is $170k.

It comes among many prominent assaults that have made headlines over the previous month. In most of them, the computer systems of the US colonial network of oil pipelines were hacked in May by attackers who obtained entry to them with unsafe passwords. The corporation paid $4.4 million to attackers to get access to their systems.

One of the very known cyberattacks on casino resorts was not aimed at theft but for political revenge.

It happened against Las Vegas Sands Corporation in 2014 by a group allegedly running for the Iran govt probably a hacker collective called the Ashiyane. It is considered to be a particular assault on the company’s CEO, Sheldon Adelson.

The Republican megadonor Sheldon Adelson has been a fierce opponent of the Obama government’s discussions with Iran on its atomic program. Sheldon Adelson believed that the United States should explode an atomic bomb in the desert of Iran.

On February 10, 2014, chaos reigned in LVS, with computers crashing, servers turn off, and hard drives being cleaned up as malware infiltrated the organization’s networks. The cyberattack continued for about two days and made $4 000 000 in damage.