The UK Won’t Reopen Casinos At Least Till August 15

Bad news for casino customers in the UK – they will remain closed until August 15. Earlier this month, the government said that as part of its phased lockout easing in the UK, it would allow more indoor attractions like casinos, cinemas, and bowling alleys to reopen from August 1. 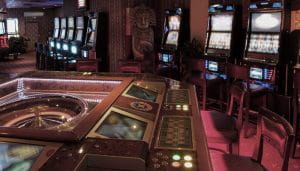 The government announced to reduce the strict measures on large indoor venues. However, it seems like the plan has changed. Those venues will remain closed for at least two more weeks. Additionally, those trials of sports events with some fans’ attendance will also not happen at least until later in August.

The UK Prime Minister, Boris Johnson, has stated that they cannot take the risk, and therefore, they will continue to study the data and attempt to open up as soon as possible.

On the other hand, the CEO of Betting and Gaming Council, Michael Dugher, doesn’t seem to be happy about this decision. He believes that no evidence supports the belief that casinos are higher risk venues. Additionally, he also condemned the decision to keep the ongoing closures across the country.

“What happened to the government’s local lockdown strategy? Why should a casino business remain closed in Bristol in the south-west, where COVID-19 is low because there’s a spike in Greater Manchester? Big threat to jobs,” – wrote Dugher on his Twitter profile.

However, this decision made by the government seems to have come unexpected on July 30 after the government reintroduced several restrictions in northern England. The reason was the increase in COVID-19 cases in the region. Thus, people who are living in East Lancashire, Greater Manchester, and parts of West Yorkshire are no longer allowed to meet each other in their homes.

Scotland May Reopen Casinos on August 24

Nicola Sturgeon, Scotland’s Prime Minister, also mentioned that the possible date of August 24 is when probably bingo halls, casinos, and amusement arcades, however, only if there is a decrease in the COVID-19 cases. He also added that the dates might change if the government doesn’t notice any decline in the number of COVID-19 cases around the country.

When it comes to Wales, its government still hasn’t announced that possible reopening date for casinos in the country.

Like most countries around the world, the UK has also taken strict measures to combat the new coronavirus widely known as COVID-19. The virus first appeared in mainland China in the last two months of last year, but on March 12, the World Health Organization declared it pandemic.

Till this very moment, there have been over 17.9 million confirmed cases of COVID-19 on a global level. Around 304.000 of them have been in the UK.