A mystery person is one of the Saturday Lotto $30 Million Megadraw big winners. The mystery person from Sydney won $2.7 million and did not check whether they have the winning ticket until a week later. Besides this person, two others were lucky enough to be one of the big winners, however, this particular person was the last one to claim the prize. 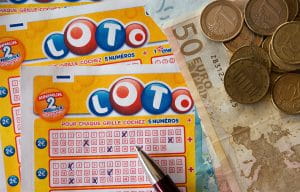 Nevertheless, it is not known how the winners are planning to spend their winnings as they have chosen to remain anonymous to the rest of the public.

“We’ve been telling people when they’ve been coming in to check their tickets. I couldn’t believe we sold another division one winning entry – we’ve sold four during the past five years,” – said Belmore Newsagency’s owner, Mrs. Trieu.

She also expressed her happiness to the fact that the customer finally decided to come forward and claim their prize.

On the other hand, NSW Lotteries officials mentioned that they still haven’t heard from another winner from the $30 million draws. The winning ticket was purchased from Queens Square Newsagency on Macquarie Street, Sydney. The numbers who held some prize in Saturday Lotto draw 4011 on Saturday 28 December 2019 were 39, 13, 19, 1, 37 and 31, while the supplementary numbers were 5 and 33.

Additionally, a retired couple from North Brisbane has won $1 million after winning the Monday Gold Lotto. The Strathpine duo held the only division one winning entry on a national level and was thrilled when they realized that they are the lucky winners.

The man explained that he checked the ticket right after he got home from a morning walk, however, his wife still wasn’t at home and he wasn’t sure whether to call her or wait for her to come home. He also added that they have been playing the same numbers since the beginning of the game and have never previously won more than $100.

Their plan for the winning prize is a trip to Hawaii with seats in first class. Before this, a mother in Samford, north-west of Brisbane, won a lottery of $24 million in Thursday’s Powerball.

What is NSW Lotteries?

For people that are not familiar with NSW Lotteries, often referred to as the Lott, it is a corporation owned by the Government of New South Wales in Australia. Nevertheless, ever since 2010, the NSW Lotteries has been operated by Tatts Group Limited under an exclusive license of 40 years. The lottery is part of the government’s portfolio of Gaming and Racing while it is governed by the Public Lotteries Act 1996. In fact, the NSW Lotteries became a member of the four Tatts Group jurisdictional brands that are part of the national lottery brand ‘the Lott’. The other brands are known under the names: SA Lotteries, Golden Casket, and Tatts Lottery.

The NSW Lotteries are encouraging all the people who participate in their games to not forget to check whether their ticket is a winning one and they are one of the lucky lottery winners of Australia.