They Were on a Way To A Basketball Practice

Just a few days ago on January 26th, the sports betting world or the world itself was shaken by tragical new – the death of Kobe Bryant, one of the most legendary NBA stars. The crash also took the lives of Ara Zobaya – the pilot, John Altobelli –a baseball coach, his wife Keri, their daughter Alyssa and basketball coach Christina Mauser. 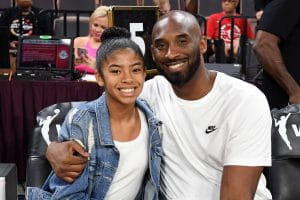 The private Sikorsky S-76 owned by Kobe, a medium utility helicopter, erupted in fire after it crashed during a thick fog in the Calabasas hillside. Police reported that they suspended their aircraft that day because weather conditions did not fulfill their basic standards. In an air traffic control could be heard that the pilot being was told he is too low for radar monitoring just moments before the tragic crash.

Zobayan flew the premium helicopter and did so as an instrumented-rated pilot, ensuring he was capable of flying in the fog. Among the memorials to the Kobe Bryant are statements that also honor the memory of Zobayan, with many online posts about how he trained young helicopter pilots how to get to the sky and how popular he was in the aviation community. Officials have said they were on the way to basketball practice at Mamba Academy in the Thousand Oaks area.

What Was the Cause for the Crash

Evidence from the flight reveals that the helicopter seemed to struggle around the Los Angeles Zoo. It orbited the area at a very low altitude for 15 minutes until crashing down. When the accident occurred, the aircraft was actually ascending, and the controller responded to technical difficulties regarding the reading data when he told the pilot that he was flying too low. NTSB investigator Jennifer Homendy, who oversees the crash investigation, said the aircraft was not configured with a Terrain Awareness Warning System or TAWS that might have warned the pilot that he is flying too near to the hill.

Homendy also said that a 2004 crash of a Sikorsky S-76 in Galveston, Texas, which murdered 10 people caused the NTSB to suggest to the Federal Aviation Administration that all new and existing U.S. licensed turbine-powered roto-craft authorized for six and sometimes more passenger seats be fitted with a Terrain Awareness Warning System.

Throughout the flight, the pilot radioed the Burbank Airport air traffic tower to obtain permission to fly under special visual flight rules. For a few minutes, the helicopter orbited over Glendale desperately looking for instructions from the Burbank tower before approval was granted to fly visually.

There Was No “Black Box”

“It’s very common. This is not out of the ordinary. The descent rate for the helicopter was over 2,000 feet a minute. So we know that this was a high-energy impact crash. And the helicopter was in a descending left bank.” – revealed Homendy.

The helicopter was not configured with a “black box” at the time of the crash which could have shown relevant aircraft data. Investigators, nevertheless, retrieved an iPad that is being analyzed at Washington’s NTSB laboratory to evaluate whether it includes flight data. Homendy said that they are strictly focusing on facts and therefore they can’t make assumptions regarding the pilot’s judgment about the fog conditions.