The UKGC has recently declared the immediate suspension of the License to operate PlayerFT Limited. PlayerFT operates Fiveyards, an online marketplace that enables supporters to buy, sell, and Scout footballers. 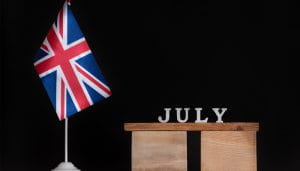 The suspension occurs after the License has been assessed by the PlayerFT Operations Committee under section 116 of the Gambling Act 2005. Evaluation of the License shows that PlayerFT may engage in activities that violate the terms of the license and do not meet the purpose of the License. The UKGC’s ruling to suspend the License was because PlayerFT was not integrated into the mandatory national self-exclusion program for several GAMSTOP operators.

The Fiveyards users will be capable to access their accounts and withdraw money. And the gambling commission reaffirmed the value of PlayerFT in keeping their users fully aware of any events that may affect them.

PlayerFT’s ruling to suspend the License pursue the latest suspension of the license of Nektan Limited and Lottery England Limited and demonstrates the demand for operators to observe their strategies, guidelines, and policies to make sure that all actions performed are in accordance with the license terms and codes of conduct and in accordance with the Commission’s policy and approval goals.

The UKGC has clearly expressed to betting firms that while the License is suspended, it must concentrate on treating its consumers in a transparent and fair manner. In addition, the gambling commission also stated the suspension of the License would not prevent the firm from paying the income it received from customers prior to the suspension.

Playereft License Suspended Due to Lack of Integration With GAMSTOP

Martin Henry Bailey is not the only UK betting company whose operating license has been suspended since early July.

A few days ago, the UKGC announced that it had conducted an official inquiry under Section 116 of the betting Act 2005 against PlayerFT Limited. According to the gambling regulator, the investigation follows issues that a betting provider’s actions could violate its License. The Commission also said that PlayerFT Limited may not be able to maintain its License to operate a licensed gambling business and that it was providing its services in an inconsistent manner with the goals set out in its operating license.

UK Gambling Commission also said that it did not prevent the firms from allowing their customers to access their user accounts on their website and withdraw money.

Users can also get in touch with PlayerFT Limited through their website. In addition, the suspension of the betting firm license No. 056717-R-332721-001 in accordance with Section 118 (2) of the Gambling Law will immediately take effect. The Gaming Authority made this judgment after the firm unsuccessful to incorporate with GAMSTOP, a national self-exclusion program for multiple operators.

When UK Gambling Commission contacted the betting firm following the suspension, it suggested to the operator that it will continue to treat its customers fairly; as long as their license is suspended. PlayerFT Limited must also fully inform its consumers of any events that may affect them during the audit.