US People Scammed With Big Fish Game by Aristocrat Leisure 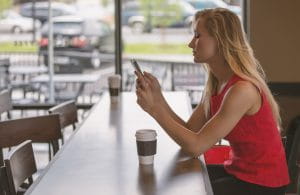 The ASX-listed company of $16.5 billion was hit by two class-action lawsuits for its digital Big Fish gaming arm which it acquired for $1.3 billion two years ago and which rendered digital black Jack, poker, and slot machine games.

Online gaming in many US states is illegal. Aristocrat ‘s games can be downloaded free of charge but users can buy “chips” from virtual gamers for the cash.

Only a few months after the Big Fish acquisition, the Ninth Circuit Court of Appeal ruled that Big Fish’s games in the Washington State were illegal gambling, followed by two class actions.

Aristocrat said the deal was reached to resolve all lawsuits, for a total of $155 million, to pay $31 million, and to pay Churchill Downs Incorporated (CDI) the former owner of Big Fish to pay $124 million.

Many Users Spent a Lot of Money To “Virtual Chips”

In court papers, Manasa Thimmegowda, the lead claimant in one case, said that in 2017 she started playing Big Fish Casino on her iPhone and that she lost more than $3000 in a month after paying for real money to buy virtual chips.

The legal action was aimed at recovering money players lost to Big Fish Casino, Jackpot Magic Slots, and Epic Diamond Slots; attorneys ‘ fees, and civil penalties, both on behalf of the three complainants and as part of a national settlement class action.

The ruling of the US Court of Appeal in which the Big Fish games were considered illegal in Washington hinged on whether the virtual chips were worth it. While the chips, which were purchased for $1.99 to $250 can’t be replaced for cash, the court noted that users will buy more chips to continue playing big fish games if they run out, so chips can be considered a “thing of value”

The Digital Division of Aristocrat, which also produces popular video games such as the War of Clans or the RAID: Shadow League, has made slightly over $1 billion in revenue from six months to March 31, nearly as high as their poker machine business.

The organization made a full-year profit of $752 million in 2019. Aristocrat said that the coronavirus struck his poker machine company hard, causing casinos and clubs to close their doors last week.

In a statement, Aristócrat stated, the settlement came following the mediation of the Aristócrat, the Seattle-based Big Fish, CDI, and the plaintiffs and remains subject to US Federal District Court approval of the Western Washington District.

As the new coronavirus continues to strikes and people are “forced” to stay at their homes, online gambling seems to rise higher and higher. Many studies have shown that people now more than ever are playing casino games online probably because they are spending more time at home without having any daily or working duties as they did before the pandemic started.