Nearly 400 Chinese citizens were arrested in association with a Vietnamese online gambling syndicate. Vietnamese police stated it is the largest ever gambling ring ever run by foreigners within their country. The Chinese were accepting bets on sporting events in addition to running an illegal lottery. Most of the Chinese that were arrested are in their late teens or early twenties. They worked in shifts providing 24-hour service to accommodate the gamblers. Several Vietnamese nationals were also detained at the scene but were released after questioning.

Per Reuters, the statement released by the Vietnamese Ministry of Public Security said, “This is the largest ever gambling ring in terms of both the number of foreigners involved and in terms of money in Vietnamese territory.”

Details of The Large-Scale Operation 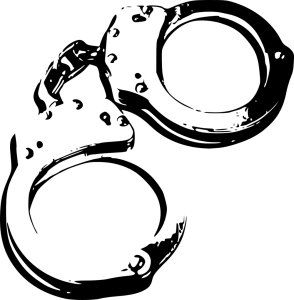 Vietnamese television reported the operation accepted over $400 million worth of transactions. The police confiscated over 2,000 cell phones, 500 computers, and an undisclosed amount of cash. About 500 police officers took part in the raid.

Illegal operations account for a large majority of gambling within the country. The gambling operation targeted by this raid was located in Hai Phong in northern Vietnam and specifically within a gated community named Our City. Over 100 rooms at the location were used in the gambling ring. Gambling machines had been installed in rooms throughout the complex. Our City was built in 2009 and its residents are primarily of Chinese descent.

Gambling is primarily illegal in Vietnam but in recent years has been used for online betting by criminal organizations based in China and Taiwan. Some small-scale casino gambling and sports betting have been legalized on a trial basis. For example, citizens of age 21 and over on the island of Phu Quoc Island can gamble at the casino if they earn an average monthly income of at least $445. While some sports betting is legal, all online sports betting is not. Legal sports betting within Vietnam also has strict limitations regarding the events offered and the markets where it’s permitted.

While Vietnam contains 23 venues which allow electronic gaming machines, there are currently only eight licensed casinos open for business in Vietnam. The Nam Hoi An Resort is scheduled to open in September of 2019 and the Banyan Tree Lang Co Resort is expected to welcome guests in November of 2021. Only resorts which achieve a prestigious five-star designation may apply for a casino license. Vietnam’s gambling revenues are under $100 million per year which ranks near the bottom of Asian nations which permit legal gambling. The limitations on legal gambling in Vietnam catalyzes the black market for illegal gambling operations to benefit from. In modern times, technology offers convenience via the internet for nearly any good or service in demand, including gambling.

In April 2019, Vietnamese police took down a gambling syndicate which reportedly accepted over $1 billion worth of gambling transactions. In 2018, there was also a noteworthy arrest when an official tasked with policing illegal online betting was caught connected to an internet gambling ring. In November of 2018, two senior police officials were convicted for their roles in an illegal gambling operation. Being convicted of crimes affiliated within Vietnam carries penalties in the form of fines ranging from $430 to $2,150 or three to seven years in prison.