Hours after an online casino groomed him with a £400 cash bonus, a high-flying engineer committed suicide. Chris Bruney, a 25-year-old gambling addict, has lost a total of £119,000 in the five days before his death, but he has been awarded cash bonuses and free bets by Winner.co.uk instead of shutting off his account. 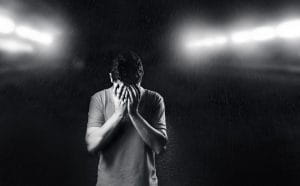 His family argued that justice had been rejected after a fine of only £620,000 was demanded of Winner’s parent company Playtech, just a small piece of its £1.3 billion total revenue.

The company’s employees apologized to the Bruney family, but nobody lost their job at Playtech. Mr. Bruney was an electrical engineer from Sheffield at an annual salary of £60,000. Only 5 days prior to his death, he was designated a VIP player he received £4,500 in cash bonuses and 120 free spins.

The Gambling Commission stated that after an 18-month investigation – that there have been serious violations of money laundering and player protection rules related to Mr. Bruney ‘s case.

The regulator, however, was unable to pay the full fine of at least $3.5 million, since Playtech had already shut down the subsidiary that operated the Winner brand.

Bruney Was a VIP Customer

Labor leader Carolyn Harris, chairman of the all-party gambling damage parliamentary committee, said that Chris Bruney has been encouraged to play more until he felt he could not live anymore and it is shocking that Playtech was let off the hook for their involvement with this measly fine in his death.

Chris Bruney became addicted to gambling following a cascade of publicity at the World Cup in 2014. On Boxing Day 2016, he opened his account with Winner.co.uk and deposited £148,000 during the following few months.

As an ‘exclusive VIP’ customer, Bruney was offered the opportunity to receive a personal account manager with cash bonuses of up to £500 per person. By the night of April 5, 2017, his addiction was out of control. After midnight, he left home and headed for some rural location in a neighboring county and committed suicide.

He left his family and partner a harrowing suicide note in which he stated “it’s gambling” and that “he couldn’t go through it anymore.”

“We have now been denied justice for our son. We are heartbroken and we have been let down. The commission found failings but no one has been held accountable. We went through an 18-month investigation in the hope of getting justice, but we got nothing. Our only hope now is that we have made other people aware of the dangers of gambling companies and their VIP schemes” – noted Bruney’s mother.

Chris Bruney is not the only person who has committed suicide due to gambling in the United Kingdom. There are many similar cases of people who committed suicide because they couldn’t face their gambling addiction anymore. On the other hand, the Gambling Commission has recently made significant restrictions in order for gambling companies to promote responsible gambling and make an action if they notice that some of their customers are spending too much time gambling.