Gambling and betting activities in the UK are expected to see a significant decline in their revenues in the years ahead, according to research collected by GoldenCasinoNews. The findings revealed that the overall revenue of the sector will fall by 2024 by 17%. 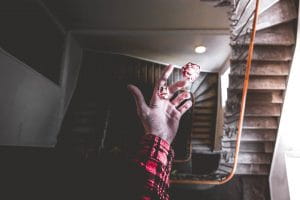 The Drop of Gambling Industry © Free-Photos

The total revenue produced by the UK gambling and betting sector has declined since 2012 due to several factors caused by a change in the gambling laws of the country. That revenue includes different gambling sectors such as bingo halls, online gambling, casinos, etc. The British gaming industry’s gross sales in 2012 fell to $106.56 billion, with the figure hitting a whopping $114.31 billion the next year, with a rise of 6.7%.

Nevertheless, just a year later, the UK’s total gambling revenue declined, dropping from 4.9% to $108.92 billion. After some legislative changes made to the sector another year later, the overall revenue fell to $95.96 billion by some other 13.5%.

The revenues produced by UK gaming activities declined further to $94.47 billion by the end of 2016, according to the studies. Over the past two years, a further fall of 14.53% to the previous $86.34 billion was reported.

It Might Be a Result of the Government’s Stricter Regulations

The UK gambling market declined at a period when government and local gambling regulators imposed more stringent measures on the sector and some of the largest gambling affiliates, such as Net Gaming Europe, Gaming Innovation Group, Catena media etc lost significant value in the stock market throughout the last couple of years.

The income generated by the UK gambling industry in 2019 will mark a further decrease to $82.29 billion according to the predictions. The projected figure for 2020 is likely to be much lower, with estimates from economists foreseeing a $79.83 billion in total.

The revenue drop is projected to continue as the authorities are still implementing strict regulations. The Government recently imposed new maximum betting limits on Fixed-Odds betting terminals (FOBTs) and made the decision to block the use of credit cards for all transactions related to gambling. Both changes were introduced as part of the regulatory policy designed to protect consumers from possible gambling-related damages.

In other words, the gambling industry in the country might suffer the consequences from the new regulations as they have set clear restrictions to this industry. The previously mentioned gambling companies are just some of the many companies within this industry which value in the stock market will or have already dropped. Additionally, the world might even face an economic crisis due to the coronovirus – which might seriously affect not only this industry, but others as well.