MGM Resorts International recently announced that over 4400 relatives and victims of the mass shooting that occurred in 2017 on the upper floors of Mandalay Bay resort could receive $800 million in payouts. The casino and its insurers will pay the money. 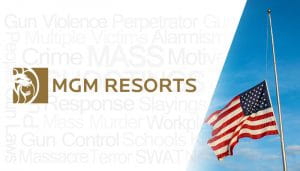 Robert Eglet, a lawyer concerned with the resolution of hundreds of cases, sent paperwork urging a court judge in Nevada to authorize sweeping deals involving a huge number of cases representing almost every state in the US, at least eight Canadian provinces, the United Kingdom, Iran and Ireland, 3 Las Vegas News sources.

The list of victims consists of more than 170 pages of a 225-page legal lawsuit requesting restitution and substantial damages from MGM Resorts. It charges the casino business of incompetence, wrongful death, and responsibility for the shooting that murdered 58 people and injured more than 850 others on the Las Vegas Strip.

The company did not take any responsibility. It would cost $49 million, while insurance providers pocket $751 million, both sides said.

A separate paper declares the lawsuit settled and requests Judge Linda Marie Bell of the Clark County District Court to set a deadline for the filing of any final appeals. Bell should have held a hearing on the third anniversary of the shooting on 1 October 2017.

“Clearly, the case has been settled in good faith. Everybody recognized there are no winners in long, drawn-out litigation with multiple trials where people and the community are reliving the event every time, we try a case,” – said Eglet.

Millions of dollars may be sent to those with the most serious and permanent injuries, Eglet said, based on considerations such as age, number of dependents, type of injury, past and potential medical care, and willingness to function. Moreover, at least $5,000 will go to anyone who made a lawsuit for undisclosed injury and did not seek medical attention.

As previously mentioned, the shooting took place in 2017 when a man called Stephan Paddock with military-style guns started shooting around in the Mandalay Bay resort.

The Las Vegas police and the FBI concluded that the 64-year-old former accountant and high-stakes poker player had carefully plotted the assault and acted alone. They theorized that he might have wanted attention but said that they had never determined a definite reason for the attack. He also took his own life after the arrival of the police at the place of the crime. It is the deadliest mass shooting in the US in recent history.

Many victims and relatives accused MGM Resorts of failing to defend visitors at the concert venue it owned or preventing the gunman from collecting an arsenal of assault-style guns and explosives a few days before the massacre.

According to Eglet, he and his clients are hopeful that the victims or the relatives could receive the funds by the end of the year. However, it all depends on how efficiently and fast administrators can finish their work.