On Tuesday, 10th March, the Michigan gaming control board approved the operations of three Detroit commercial Casinos in the state. 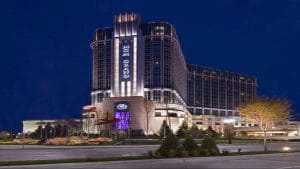 The state Governor, Gretchen Whitmer, signed the legislation to legalize sports betting and internet gambling in December and the new regulation is a good follow-through to its implementation in the Great Lakes States.

The casino was lucky to give its new customers a taste of their own medicine during the NCAA Basketball Tournament held in the evening of the same day. Unfortunately, the Midwestern states will have to wait until 2021 before online sports betting as well as internet casinos are available.

Different experts have expressed different opinions. Play Michigan chief analyst Dustin Gouker said, “Today is something that sports bettors across Michigan have been waiting for years, which makes it a moment to celebrate. But much work remains, particularly with the launch of online sports betting still months away, if Michigan is to reach its potential as a market.”

With the NCAA Tournament just ahead, the timing of the launch is good, but it would have been better if both retail and online sports betting could have launched together. The high expectations for the market should remain relatively muted until online sportsbooks get off the ground. Once that happens, though, Michigan should ramp up rapidly.”

Michigan is seemingly well-positioned to capitalize on the casino businesses in its territory. The state will receive a tax of 8.4 per cent from gross sport betting receipts as well as an additional 1.25 per cent as the city tax.

“Michigan has put together a balanced framework that is fair to operators and should yield significant tax revenue for the state,” Gouker said. “By being thoughtful in their approach, Michigan lawmakers avoided some of the growth-stunting policies that will likely slow down states such as Illinois.”

Perhaps the largest partnership was between Kambi Group and Penn National Gaming. Kambi Group, famous for its B2B services, has offered PNG a sportsbook an outfitted 40 Kambi kiosks as well as four betting windows which is live in the Greek Town Casino.

Commenting on the deals, the chief communication officer of Kambi said, “Kambi’s record for quality and swift delivery is central to our ongoing US progress, and we are delighted to have powered two more market firsts for our partners.

When people look back at this historic period of legalizing sports wagering across the US, they will see Kambi was the supplier powering the most firsts and our partners becoming the market leaders in their respective states. It’s all encompassed in our Partner with Confidence strategy.”