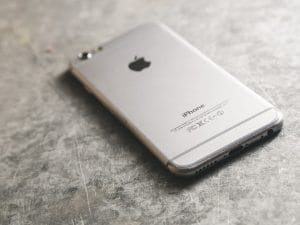 iPhone 6S on a table © DariuszSankowski/Pixabay

This major change in their App Store Review Guidelines was originally announced back in June and it immediately became a huge issue for the online gambling industry and its Apple users.

The root of this problem lies in the use of code written in HTML 5 which is being “wrapped” used in an iOS app. Apparently, Apple does not like the approach of developers who seem to like the use of the HTML 5 language because it is web-friendly and cross-platform. Another reason why they like the HTML 5 language is that it gives them the opportunity to distribute web content in mobile through the process of wrapping where the app functions like a dedicated browser loading a locally-stored copy of the website.

Apple Wants Their Apps to Have Consistent Look

The multinational technology company founded by Steve Jobs has decided to ban HTML 5 from their apps because they strive to make them have a consistent look which will be different from their websites and apps available on other platforms.

In fact, according to the change in the guidelines made by Apple in June, HTML 5 code for any real-money transaction was forbidden and that affects many apps including the gambling ones. On the other hand, Apple encourages developers to develop or rebuilt apps using Cocoa which is the native language for iOS applications.

When first announced the big news, Apple set a deadline of three months, a decision that caused bad reactions by developers from all around the world. However, the industry which was affected the most was the gambling industry because sportsbooks and online casinos use HTML 5 for most of their mobile products.

Developers Should Use Cocoa’s UIKT

Luckily, Apple understood that 3 months is just not enough period for rebuilding all those apps in another programming language and decided to extend the period for another 6 months.

What makes the situation so serious for the online gambling industry is that online casinos offer a bunch of games that are developed by third-party developers and casinos have to deal with them in order to acquire the right to offer those games.

The companies affected by these new guidelines started protesting right at the moment when they were announced, but Apple only decided to extend the deadline when the original deadline passed on September 6.

What made the Apple team change their minds is not known, however, the news about the extension of the deadline was received as a relief by many developers and especially by the gambling industry whose mobile products heavily rely on HTML 5.

Fortunately, Android users are not facing this issue and the online gaming apps are easier to access by people who use Android devices and do not have to wait for the apps to be rebuilt in another programming language.