Sports betting finally makes a step forward in Louisiana! Just a few days ago Louisiana Senate committee endorsed two initiatives that would give voters the right to legally allow betting on college and professional sport. The Senate Judiciary B Committee passed a bill to abolish the tax casinos pay to gamblers on free transactions.

The Sen. Barrow Peacock, R-Bossier City, stated that they are convinced that if the tax is removed the revenue will increase. However, the lawmakers had not planned a fiscal note to estimate whether the proposal would produce more government taxes. 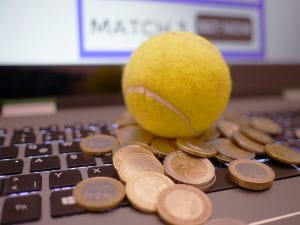 State Sen. Ronnie Johns, R-Lake Charles, added that the gaming industry needs help as its activities have been shut down to protect clients and workers from coronavirus infections. This costs the government at least $100 million in gambling taxes so far, according to Johns. The Louisiana Family Forum, a conservative religious organization was the only one to oppose the bill, but its representative decided not to talk to the committee.

The same sports betting initiative (Senate Bill 378 and Senate Bill 130) was introduced by Johns and Sen. Cameron Henry, who endorsed the committee requiring voters on the 3rd of November to determine whether to legalize the wagering in their parish.

“It’s going to be very significant debate on who is able to do it, how, and what the regulations will be. While dealing with COVID-19, we’re trying to hold back on bills that take a lot of debate” – stated Henry.

Peacock Does Not Want to Legalize Fantasy Sports

Last year the Senate passed a bill legalizing betting, but it could not secure a final-day standoff in the House with proponents of a separate law that would set down the taxes and regulations for another form of gambling – fantasy sports. In 2018, voters had approved fantasy sports in 47 parishes but citizens in Louisiana were unable to begin to participate until a further move was taken by the legislature to set taxes and laws. This initiative died in tandem with last year’s initiative for sports betting.

Peacock argued to the committee that, at the present legislative session, he could not attempt to legalize fantasy sports because a two-thirds vote would be required in order to approve the taxes and that the threshold was too high.

The B Committee of the Senate Judiciary did not take up another gaming measure, Senate Bill 257. It allows video poker trucks to stop having an exemption from selling fuel per month if a storm prevents it and needs reconstruction. The sponsor of SB257, state Sen. Troy Carter, D-New Orleans, indicated he intended to introduce the bill at the next committee meeting.

Sports betting was not an option in the United States until May 2018 when the Supreme Court removed the federal ban and gave the states the freedom to decide for themselves whether they want to legalize it or not. From then on many states around the country started legalizing sports betting and generating significant revenues from sports bettors.

Louisiana Senate last year approved the bill to legalize sports betting, however, it failed to pass in the House during a final-day standoff.