A few weeks after the Australian financial regulator announced its decision to expand a comprehensive investigation into the country’s three largest casino companies, the regulator identified local banks as key Allies in the fight against financial crime. 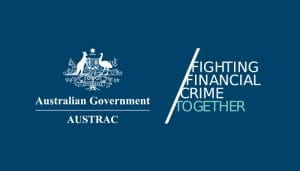 AUSTRAC wants to leave behind its aggressive history of fighting the banks and pursue an enhanced connection. The Australian financial regulator and banks have joined forces to support a large-scale operation by the FBI and the Australian Federal Police, which became known two weeks ago.

According to CEO Nicole Rose, banks perform a significant job as service providers for other companies regulated by AUSTRAC. And can offer insight into other sectors and add value to their activities.

A flexible but fearsome regulator is now switching its focus from banks to the struggling casino industry.

The investigation started after a compliance review called Operation Slalom which found Australia’s AML-CTF programs and the detection and cure of PEPs is inadequate.

Rose said stopping betting would minimize the risk of casinos being used by money launderers, but this is not a panacea given the opaque cash transactions in the casino industry.

According to Rose, betting shops have always been in danger of money laundering simply due to the nature of work, which is why they need to be careful.

When casino activities were announced, NAB announced that AUSTRAC was referring his case to law enforcement.

National Australia Bank’s problems with their anti-money laundering and know your customer commitments were first identified in 2017 and date back to a site visit in 2015.

The financial intelligence regulator refused to provide additional information to National Australia Bank, except that he will keep working with the bank.

Rose has been surprised that Australian financial institutions took so long to clean their homes after HSBC was fined $ 1.9 billion in 2012 for money laundering violations.

She also thinks that worldwide banks would have taken this carefully and start improving their systems.

AUSTRAC and the Banks

AUSTRAC maintains that the reporting companies are not targeted. Rose said that the financial regulatory body understands reporting companies, for example, banks, and is trying to clarify their responsibilities. She also noted that they have very complicated laws working with the Interior Ministry to simplify. They are looking to make it easier for companies to comply with regulations.

A few days back, Phase 1.5 of amendments implemented. It includes simplifying correspondent relations between banks, customer verification, and, under certain circumstances, ensuring the exchange of information from customer reports of suspicious incidents with third parties.

The simplifying of amendments agreed with a new level of partnership between AUSTRAC and the banks, however, how things will work in practice is yet to be seen.