According to Betting and Gaming Council (BGC) Chief Executive Michael Dugher, the wider audience finds advertisements to be ‘annoying’ in general, but not gambling advertisements in specific. 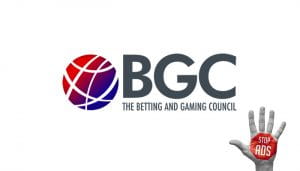 The BGC CEO and former Shadow Secretary of State for the DCMS, writing in the parliamentary magazine The House, slammed the anti-gambling lobby’s “prohibitionists” while acknowledging that the sector is “reassured” by ministers “evidence-based approach”.

Dugher, on the other hand, responded to them by citing the Campaign Against Gambling Ads (CAGA) bus tour across the UK, which called for a ban on gambling advertising and sponsorships.

As a result, the CEO spoke with a group of statisticians and group discussion specialists who have been in various regions across the country to gather public perception on the sector.

Activists for gaming regulation reform have pointed to a business advertisement as a source of gambling-related harm, as well as the possibility for marketing to influence minors and the problems that may arise.

The Response of Dugher

However, the BGC CEO had a response to this as well.

“It has been (outrageously) suggested by prohibitionists that the regulated industry tries to exploit football’s popularity to encourage under-18s to gamble,” – said Dugher.

Dugher also mentioned statements made earlier this month by DCMS Secretary John Whittingdale, who is in charge of the Gambling Act review. The Secretary of State said in a statement to parliament that research into the connection between advertisement and gambling did not show a direct correlation between exposure to the advertisement and the emergence of problem gambling.

Professor Ian McHale of the University of Liverpool discovered ‘no evidence’ of betting sector advertising having any effect on customers’ involvement in the activities, according to a study commissioned by the English Football League (EFL).

Dugher has maintained that there is very little connection between gambling-related harm and industry advertising, citing the UK Gambling Commission (UKGC) study that suggests that the major types of gambling performed by someone under the age of 16 are private bets among friends, card games, machines, and similar games.

These activities are outside the jurisdiction of licensed betting providers, contradicting the CAGA’s allegation that up to 450,000 minors bet regularly, which it restarted on its recent trip.

The UK’s Issue With Young People and Gambling

The number of young people confessing to gambling in the previous week has decreased from 23% in 2011 to 11% in 2019, according to UKGC statistics provided by the BGC Chief. Nevertheless, since the end of that year, the percentage of gamblers evaluated as being at ‘medium risk of harm’ has decreased from 1.4 percent to 0.7 percent, with the UK’s problem gambling rate maintaining constant at 0.4 percent.

Dugher also used the occasion to reaffirm the gambling industry’s current social responsibility activities, as well as a new code of conduct that was announced earlier this year. BGC members are no longer allowed to sponsor children’s football equipment under the new rule, voluntarily guaranteeing that 20% of TV and radio commercials are now entirely safer gambling messages.