The Colombian online gambling sector is proving to be one of the most successful regulated gambling sectors in the world. The industry is set to grow by an overwhelming 83% in 2019. This is according to a report by Coljuegos regulatory body. 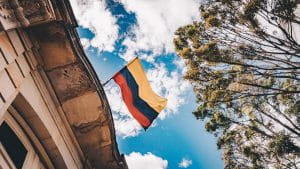 On 11th December 2019, Coljuegos presented its 2019 annual report. The report was dotted by numerous success stories and the organization’s board chair Juan Perez Hildalgo could barely hide his pride in the online gambling industry.

According to Perez, the expected revenue return from the online gambling industry will be more than COP69.4b (US$20.6m). This figure translates to a staggering 83% increase from 2018, beating the predicted growth rate of 65%.

Despite the success, the chair was quick to address the earlier fears associated with the introduction of new gambling regulations in the country. He further insisted that the fight against illegal online gambling continues unabated.

According to the report, more than 2,000 international gambling firms have been banned from operating in Colombia since the introduction of the new regulations in 2016. Hildalgo further attested that they have confiscated and destroyed more than 4,362 illegal gambling devices across the country.

With these strict regulations, the sector faced a moment of uncertainty, but fortunately, more investors sought to take advantage of the large gambling market regardless of the regulated environment. So far, Coljuegos has licensed 18 gambling firms that are reportedly doing well.

According to a local gaming operator, Evert Montero Cardenas, Coljuegos is expected to offer two more licenses before the gambling sector experiences a period of minimum growth. However, experts believe that 20 firms introduce high competition in the market, making it more unstable.

STI will be the first Polish bookmaker company to enter the UK market after it successfully received a green light from the UK Gambling Commission. The bookmaker becomes the first polish company to set operations out of Poland. The company has several bases in a dozen European countries, but conquering the strict English sector is the biggest win for them to-date.

The company’s CEO, Mateusz Juroszek, had the following to say, “Obtaining a license in the United Kingdom is the result of a consistently implemented international expansion strategy. We are always looking at other prospective foreign markets.”

Additionally, Juroszek attested that their interest in the foreign market is due to the unfavorable gambling regulations set by the Polish government. According to Traficollogy, Juroszek had last month expressed his concerns on the Polish government’s unbowed stand against the gambling industry. He opined that the move created an unfavorable environment for gambling investors.

He praised the UK gambling advertisement regulations, which aims at promoting responsible gambling rather than squeezing as much taxes as possible from the firms as is the case in Poland.