Sports executive Neil Doncaster had critical talks with a prominent member of an influential Westminster committee examining the gambling problem of the game tomorrow. Inverclyde MP Ronnie Cowan is set to argue that the SPFL manager tackles a “mental health crisis” partially caused by the strong relationship between Scottish football and the gambling industry. 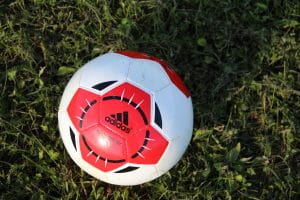 This came after the Sunday Mail reported that the SFA had discretely caught players violating betting rules. The leader of Hamilton Accies, Brian Rice has also admitted that while in the grip of gambling, he is betting on thousands of players. Betting firms are some of the game’s biggest promoters and marketers are given the lives of thousands of supporters who are also influenced by them.

Cowan, the all-party parliamentary group’s vice-chair on the gambling-related injury, said that the conduct of bookmakers targeting helpless gamblers is obviously prevalent in this sport.

“The normalization of ¬gambling through the ¬sponsorship of football leagues, cups, and logos on shirts is evidence of such behavior. I will be asking the chief executive of the SPFL if he considers young boys and girls playing football and the effect ¬gambling ¬advertising has on them” – noted Cowan.

The MP is set to raise the question of Ladbrokes key adverts on the official PFL-website and there is no reference on the webpage of gambling charity − GambleAware. The site includes 19 ­Ladbrokes ties on its homepage. The total involves a huge ad campaign and link to the bookmaker at the top right-hand side of the page. The SPFL still hasn’t offered GambleAware funds, and Cowan will encourage Doncaster to meet with the group.

Swedish researchers at Lund University reported that suicide rates among men between the ages of 20 and 49 raised 19-fold if they had a struggle with gambling and 15-fold among men and people of all ages.

Cowan said in a letter to Doncaster earlier this month that he is aware of the concerns regarding the possible consequences of gambling and its tight relationship to football specifically. He mentioned that the football bodies shouldn’t ignore the fact that most of the gambling addiction in the sport is caused by betting companies being sponsors to that sport and making the promotion of their business through football. He added that the mental health of young boys and girls should be protected by avoiding the normalization of gambling. On the other hand, the spokesperson of SPFL mentioned that Neil Doncaster should have a meeting with Ronnie Cowan MP and expects that meeting to result in an open and productive discussion.

Who is Neil Doncaster?

Neil Doncaster is known to be an association football executive who previously held the position of chief executive of the Scottish Professional Football League and at the Scottish Premier League. Therefore, being an association football executive, Doncaster should take into consideration the different points of view he had offered regarding this topic. Gambling is tightly related to mental health as it could easily influence people regardless of their age and make a significant change in their lives even when they are not fully aware of that.