Being one of the first countries to sign the online betting legislature, Pennsylvania is reaching its potential with the launch of the online live casino and Fan Duel apps for IOS system operator users. 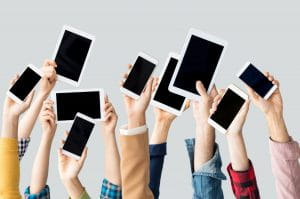 Legal online gambling has only recently arrived to Pennsylvania. Online poker, casino games, the ilottery, daily fantasy sports, and sports betting were all part of an expanded gambling bill that passed the Pennsylvania legislature in October 2017. It has been a long waiting since the original bill was legalized, almost a year but apparently the wait was worth for the impatient Pennsylvanian population.

Already, several land-based sportsbooks and online have opened up in the state, with more yet to come. There are three online betting sites that are active in PA; Play Sugar House, which opened in May; Play Rivers, which is available since June and Parx Casino which was also recently launched.

What about the IOS operators?

The joy was not equally spread for everyone. Despite the long anticipated online betting permit, the bettors in PA were still under restriction mainly when using IOS mobile operator. Having in mind that roughly half of the users own iPhone or iPad and therefore cannot place a wager, has significantly weakened the position of the mobile betting. All the apps had to go through the Apple store and Apple store doesn’t allow access to gambling apps. A re-coding of the apps can be a long process – possibly longer than three months and that’s not the case with the Android users. SugarHouse found a way to work with iOS devices, but they lack an app which will eventually make things much easier and more accessible.

How is FanDuel Helping the Industry?

Since the arrival of the Fan Duel sportsbook, which was not long ago, that’s all in the past now. On July 22, FanDuel marked its debut by launching the first sportsbook for IOS users. The Fan Duel Sportsbook will be in on trial mode for the first three days, testing out its security and software on a limited, closely monitored basis. The trial is expected to end on Thursday,25 July. Fan Duel Sportsbook is thereby put in a strong position as they are the only operator offering iOS betting in PA at the start of football season.

A FanDuel spokesperson said, “In partnership with Boyd Gaming and Valley Forge Casino Resort, FanDuel is bringing its mobile sports betting experience that is simple, secure, and more convenient than ever to individuals located in Pennsylvania.”

Why is Rush Street Interactive Important?

The competition grows even bigger with the immersion of Rush Street Interactive, a gaming company that mostly operates in New Jersey. The users of IOS devices can get the thrill out of the online betting by registering on their mobile devices. By doing so they will be directed to use the Geo Guard Location Validator from the Apple Store which confirms the player’s location within the state. Players are expected to allow their location and to let the geological app send them notifications. Rush’s Street Interactive president Richard Schwartz said, “We are excited to offer Apple users in Pennsylvania a way to enjoy the extremely wide range of pre-game and in-game bets offered on BetRivers.com from their mobile devices.”