Crown Resorts Is under Investigation for Money Laundering

Investigations were opened against Crown Resorts, the largest Australian casino operator. Crown Resorts is believed to has been involved in money laundering, however, the Australian Transaction Reports and Analysis Centre (AUSTRAC) is yet to investigate whether that is true or not. 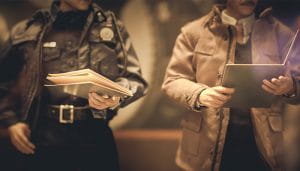 The evidence provided over the course of a few months portrayed the company as capable to do whatever it takes to generate millions of income including being open for criminal organizations.

These revelations have the potential to strip the gaming giant of its license for upcoming casino in Sydney and enter in a new age of gaming industry transparency.

The Independent Liquor and Gaming Authority (ILGA) investigation is the result of years of media controversy.

These inquiries found evidence that Crown Resorts allowed money laundering through organized crime organizations operating through interdealer brokers to invade its casinos in Melbourne and Perth.

Crown Resorts consistently dismissed the accusations in a full-page newspaper statement in 2019. That statement was later examined and a few board members confirmed that the statement was misleading and, completely incorrect.

While the Crown Residents’ board insists that it had no knowledge of suspicious activity, the investigation discovered that other entities, including the Australian Federal Police, the AUSTRAC corporate regulator and two of Australia’s largest banks were indeed aware.

John Alexander, the former chairman of Crown Residence was previously questioned about whether they knew about the scandal that occurred in 2018 when it was found $5.6 million in cash in a Crown Melbourne gaming room despite that it was no more than $100,000 was allowed to be kept. The operator was run by Suncity which was a partner of Crown Melbourne.

Back then Alexander stated that the staff should have told that to the board, however, they did not. The former chairman of Crown Residence also mentioned that he was not trained for anit-money laundering activities.

There have also been numerous concerns about what the Crown board knew about the bank accounts that it used for its VIP high-roller accounts.

Each year, millions of dollars, kept on behalf of two Crown subsidiaries, Riverbank and Southbank, move through these accounts.

Serious questions were first raised by ANZ bank, which closed the accounts in 2014, the inquiry was told.

Five years later, the Commonwealth Bank followed suit but not before issuing a notice of show-cause to Crown.

Interestingly, a few deposits were made in Commonwealth Bank branches in Sydney in the same account the same day, however, the amount later fell short of the $10,000 limit. Former chairman Jon Alexander stated that he has no idea why they were shut down.

Macau-based junket operators with catastrophic ties with organized crime usually received millions of dollars in cash in Crown VIP business from China, according to the inquiry.

Former President James Packer was questioned during the interrogation on what he had knew about the junkets.

He admitted to the fact that they are “good for company” and a leading income generator, but he did not know how Crown supervised them, saying that it was the duty of senior personnel to control them.

However, whether Crown will keep its license for its new world-class tower at Sydney’s Bangaroo is yet to be decided by Commissioner Patricia Bergin.