The federal commissions which are in charge of gambling, lotteries, and betting had stated last year that they would soon publish a “blacklist” on all online gambling sites that would be blocked as of July 1, 2019. While the law came into effect in January 2019, it is only since July 1, 2019, that foreign gambling websites were blocked.

A list of the unauthorized gambling providers has been published on the websites of the Federal Gaming Commission and the Lotteries and Betting Commission. Only websites that are accessible from Switzerland have been blocked. Foreign service providers who have voluntarily withdrawn from the Swiss market with appropriate measures have not been blocked.

Swiss gamblers have lost access to websites of foreign casinos 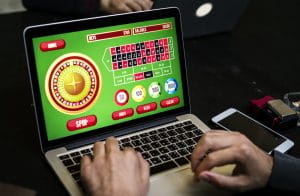 Swiss Gamblers no longer have access to foreign casinos © Pixabay

As of three days ago, the law has been enacted, and access to foreign online operators offering services to the Swiss market has been blocked.

Campaigners had vehemently tried to block this law last by successfully gathering 50,000 signatures – the mandatory number of signatures required to put the law to a referendum, citing the restrictions as a serious threat to liberties online.

At the time, the Swiss government argued that the Gambling Act updated legislation and raised protections against addictions.

The new law allows only certified (in Switzerland) casinos and gaming companies to operate in the country. This includes on the Internet as well.

In the meanwhile, for the first time, the law will allow Swiss companies to offer online gambling. Swiss gamblers can also bet online with lotteries as these two services – Swiss casinos and Swiss lotteries, pay their taxes in Switzerland, and more importantly, take measures to protect the country’s people from addictions.

As of July 1, 2019, people in Switzerland have no longer been able to access the blacklisted sites as all these sites have been automatically blocked by Swiss telecommunications service providers via DNS (domain name server) blocks.

Online operators who have been blacklisted have a way of combating this law legally. They can claim opposition and defend themselves against such a drastic measure within 30 days (Art. 86 et seq. BGS). How successfully they will be able to counter this new law that blacklists them will depend on the factual circumstances.

Since Swiss regulators have no jurisdiction over foreign casinos, all Swill gamblers who have signed up with foreign casinos will now have to contact them directly for any money due.

A law to combat addictions associated with gambling

According to Addiction Switzerland, gambling addiction affects 75,00 people in the country, costing more than half a billion Swiss francs annually.

The tax revenues collected from online gambling activities will be used to help fund anti-addiction measures.

According to the Swiss government, Swiss gamblers spend approximately 250 million Swiss francs every year on unregulated betting sites in offshore locations such as Malta and Gibraltar. Nothing comes back to the country’s public coffers.

As of date, Switzerland has 21 registered casinos that will now be able to offer online gambling, provided they comply with certain regulations. The Swill lotteries will now offer sports betting.

Will this create a huge black market that will spiral out of control? Only time will tell.

Meanwhile, another bit of exciting news is that Switzerland’s first four online casinos are ready to go live soon. So, Swiss gamblers can get back in the game in the alpine nation.