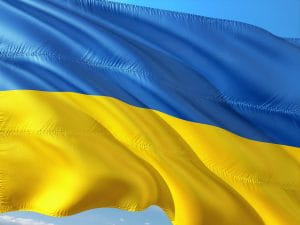 The country is still preparing itself for the launch of its regulated industry. Even so, some companies could not wait for it and tried to operate online gambling anyway. The platforms include domains for Pinnacle, CloudBet, PartyPoker, FastPay Casino, Golden Tiger Casino, Yukon Gold and BetChain.

The call, which came at the order of the Chief Investigative Directorate of the Security Service of Ukraine, was based upon a judicial decision by Oksana Hardina, judge in the Shevchenkovskiy District Court of Kyiv.

Hardina’s ruling handed the telecoms regulator the power to issue blocking orders against websites providing illegal content, including all sorts of online gambling. An appeal to the order may be presented to the KYIV court of appeal within 5 days of the issuance of the order.

This comes just a few weeks after the Cyber Police of Ukraine went after sites that were putting up an act of being “legitimate IT development” businesses. These operations were accused of having a monthly income of approximately $1 million, with customers scattered all around the world.

In January, Ukraine’s legislature passed a bill that puts in place a lot of the necessary regulations for a locally regulated online gambling industry. License fees were established for different verticals, but no taxation information was cemented.

It is indeed clear that, as much as Ukraine wants to get its gambling situation sorted out, they are putting just as much emphasis on shutting out internationally licensed operators than they are putting effort in building up their own.

Approval of The Bill

Out of 460 deputies, 260 voted in favour of the gambling bill 2285-D that was one of six alternatives to the reforms submitted to the parliament in October. The gambling bill was passed in its first sitting. The adoption of Bill 2285-D is the first step towards creating a fair and transparent gambling market. It will, in turn, attract investment and introduce new technology to the country.

The market will create thousands of jobs, contribute to both state and local budgets, lead to an increase in tourism. It will also help to counter corruption in professional sports. Moreover, the increased tax revenues generated will provide much-needed funds to support culture, medicine, and sports in Ukraine.”

Ukraine’s gambling bill sets a €249.5k fee for online gambling, lower than any of the alternatives. It also includes a €1.5 million minimum licence fee for casinos in hotels with 200-250 rooms. For those with over 250, the fee goes up to €2.3 million.