SkyCity Entertainment stated that after taking a hit from the COVID-19 shutdown it plans to raise $230 million in new equity to strengthen its balance sheet. 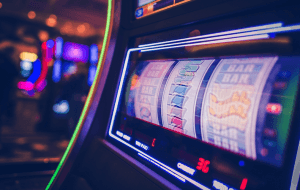 SkyCity said this is part of a funding plan to reinforce its balance sheet and secure additional liquidity in response to the pandemic. The $2.50 per share offer price is a 6.4% discount on Tuesday’s final closing price of $2.67 per share and a 10.4% discount on the company’s five-day volume usual price of $2.79.

SkyCity has obtained funding from existing funders through collateral waivers/relief, extensions to potential bond maturities, and new loan facilities in accordance with the equity raising. Furthermore, SkyCity made another announcement of a $170 million extension of current bank facilities

“The funding plan effectively resets SkyCity’s capital structure and provides sufficient funding capacity and headroom over the medium-term. However, while the outlook for SkyCity is positive, there is still uncertainty regarding the future economic environment and re-opening of international borders”– stated SkyCity.

The company implemented this by staying updated on the potential impacts of the pandemic on its workflow. Just like most of the casinos in New Zealand, SkyCity was temporarily shut down from late March till May 14 when it decided to reopen its doors for its customers.

The Company Has Taken Additional Measures

Furthermore, those were not the only measures taken in order to deal with the COVID-19 pandemic. For instance, additional measures were taken intending to reduce unnecessary capital expenditure and minimizing operating costs

The company has even implemented a labor restructuring in the country that is believed to make around $50 million cost savings per year.

According to Rob Campbell, chairman of SkyCity, the company had some challenges that seriously impacted the company’s operation and that despite encouraging trading after the lockdown in the country, the outlook still remains uncertain. He explained that the equity raising would help the company to stay appropriately capitalized which provides bigger changes to successfully implement the business strategic plan.

New Zealand Has Been Dealing Quiet Successfully with COVID-19

Just like most of the companies not only in the gambling sector but also in many other sectors, the company went under a temporary shutdown – measures taken by the New Zealand government with the aim to prevent further spread of the new coronavirus.

The virus, which first appeared in China in November, has infected millions of people from all around the world in the last few months. Particularly in New Zealand until now there are 1161 confirmed cases. However, the country is considered to be one of the few countries that have successfully dealt with the pandemic called COVID-19 as the new cases of infected people have significantly decreased compared to other countries in the world where the virus is still very present.

Unfortunately, the virus not only has caused a health crisis, but it also created a huge economic crisis causing many people to lose their jobs.