Reports early Friday the 10th of April 2020, Good Friday, had it that Danske Spil’s sportsbook Youbet.dk has relaunched. The report comes shortly after an integrity audit of betting markets was made available through their site by technology provider SBTech. According to initial reports, it seemed that the site would remain offline through the Easter period after it was taken down for audit purposes. The quick completion of the process enabled the quick relaunch of the site. 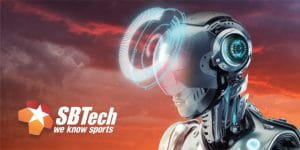 Youbet had earlier in the week been temporarily taken down by former state gaming monopoly Danske Spil after it had continued to offer bets on Swedish amateur football amidst a recent scandal about match-fixing in the competition.

The operator was prompted to cease offering a betting market on competitions involving Sweden’s lower leagues following the integrity concerns. The competitions were removed from Danske Spil’s Oddset sportsbook on the 3rd of April.

Games were still being offered on Youbet till the 4th of March and this, the supplier claimed, was as a result of suspension of some of the most popular competitions for betting as a result of the Covid-19 pandemic. The SBTech -powered platform begun to offer many new sports to support its partners using data that was supplied by Sportradar and Genius Sports.

The games were rolled out to all customers but Danske Spil’s decision to stop offering the markets prompted removal of the feeds from the managed trading service it provides to Youbet. This was contrary to earlier reports from local media that stated that Youbet had refused Danske Spil’s request to remove the leagues.

SBTech’s audit made it clear that any betting event must meet the operator’s requirements in terms of transparency and professionalism. A sufficient professional level is required from betting platforms before they can offer betting on their contests.

Danish newspaper, Politiken, had earlier reported that Danske Spil was warned about the risk of offering bets on Swedish amateur football by several clubs, players, and sports authorities. A friendly match that was scheduled for Saturday the 11th of April between AFC Eskilstuna and Näshulta GolF was called off after players reportedly received threats and came under pressure to influence the game’s result.

The YouBet.dk brand was rolled out in March 2018 with the aim of providing a sports betting experience that targeted a younger audience.

Integrity of the Sport

Sweden’s former gambling monopoly and another SBTech partner, Svenska Spel, condemned betting operators for coverage of these markets. Chief executive Patrik Hofbauer and chairman Erik Strand were quick to point out that coverage of the markets risked the integrity of sport and put customers in potential danger.

“The fact that gaming companies act in this way makes us both surprised and disappointed. Where is their respect for the sport? Where is their responsibility to their customers? How do they protect the consumers that gamble on these matches?” remarked Mr. Hofbauer and Mr. Strand.

The executive and the chairman also went on to confirm that they had been greatly affected by the postponement or cancellation of major sports events like most other sportsbook operators.