Michigan seems to be willing to take a step further when it comes to legal gambling. A few days ago three legislative measures have been introduced and advanced through the House of Committee on Regulatory Reform. 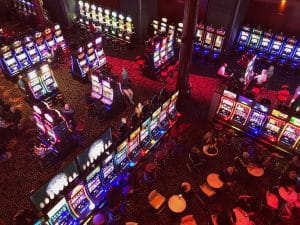 House Bill 4916 appears to be in the focal point of the entire project, therefore, it was supported by a number of online wagers, 11 members of the Regulatory Committee while two members voted against and two of them did not vote at all. House Bill 4916 will allow in-person and online wagers which, without a doubt, would be a revolutionary movement in the gambling history of the state of Michigan.

The other two bills are also playing important roles in the project as they deal with things like how to prosecute violations of the gambling laws which is why they received almost the same support by the Regulatory Reform committee as the first bill.

Former Governor Snyder Axed a Bill Before He Left the Office

Michigan is one of the states which has had a long journey regarding sports betting (especially online sports betting) as a result of state’s former governor, Rick Snyder, who decided to ax a bill right before he left the office last year although the bill itself received very positive feedback by lawmakers. What makes things even worse is the fact that the current governor of the state is not really a “fan” of online gambling of any kind either. Gretchen Whitmer, the current governor of Michigan, claims that this activity would take money away from the state’s lottery. Michigan’s state lottery funds the School Aid Fund even though it appeared to be completely unwarranted on a number of occasions.

Nevertheless, governor Whitmer did not reject the idea of approving the bill immediately, in fact, she has stated that she might approve the bill in case of a higher tax suggestion.

The Three Bills Have the Support of Brandt Iden

Things seem even more optimistic because the three bills have the support of Representative Brandt Iden who sponsors House Bill 4916 and is the chairman of the committee.

“I’m willing to come up to 9, 9 and a half (percent tax rate). I think we could probably even maybe get to 10, potentially. I’ve thrown these numbers out for the governor and I’m just waiting on a response for this”, stated Iden to Detroit News.

In best scenario possible, the next step would be the House floor for a vote by the chamber and then finally approved by governor Gretchen Whitmer.

Michigan is one of the many states which considers having in-person and online sports wagering legalized after the U.S. Supreme Court gave permission to every state to legalize sports betting last year.