The launch of legal Online Poker in New Jersey, Nevada, and Delaware saw an initial excitement that has since gone stagnant. The plateauing (or even dropping) numbers were a concern in the leadup to Pennsylvania becoming the fourth state to launch a locally licensed Online Poker service, PokerStars PA. However, the uptick in engagement has remained consistent, and the answer might be in the timing. 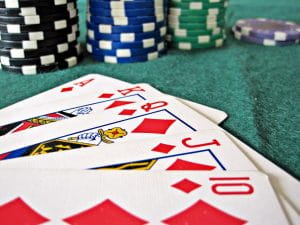 Here’s a look at the exciting surge in Pennsylvania Online Poker, and how states planning Poker launches of their own can follow this winning example.

It’s important to start with the initial concerns about the launch of Pennsylvania Online Poker. A year prior, the state legalized the online casino. Bettors within the state’s borders have been permitted to gamble at state-licensed online casinos. Pennsylvanians no longer had to resort to joining offshore online casinos to place bets on the Slots, table, and card games from home. Further, it meant those who avoided playing the online casino for fear of registering at a locally unlicensed casino could now join with full confidence.

Therefore, valid concern surrounded the idea of launching a second online gambling option. Had the excitement of legalized online betting worn out? Would the Poker sites simply cut into the online casino revenue, or would it bring a stream of new players?

At the same time, New Jersey and its established Online Poker marketplace had seen close to zero growth the past few years. Given New Jersey’s proximity, combined with the established online casinos, it would have surprised no one if Pennsylvania’s Online Poker numbers were immediately weak.

Thankfully, for PokerStars PA at least, the numbers are excellent.

PokerStars PA Becomes Number One in the US

It’s been one month since the initial launch of PokerStars PA on November 4, 2019. And, at this moment, they’re the number one most popular Online Poker service licensed in the United States. With an average concurrent player rate of over 400, and boasting over 2,000 concurrent players during peak hours, they’re far and away beating anyone in the New Jersey, Nevada, and Deleware markets.

Of course, when New Jersey’s first Online Poker service launched, they saw comparable excitement and sat at the top spot – initially. But the poker fever dropped and hasn’t climbed since. That could mean the same fate for PokerStars PA, except for one thing: a massive tournament.

Timed perfectly, the $1 million guaranteed Poker tournament launched on November 30 and goes through December 6. The Championship of Online Poker (COOP) is already a popular event in other licensed states. But the PA COOP comes around one month after the initial launch, adding fuel to the explosive rise of Online Poker in the state. With the initial excitement pushing PokerStars through the initial run, the tournament avoids a downturn and gets even more players joining and making deposits.

Future Online Poker services in states that legalize it will have a great model to follow. To introduce the Pennsylvanians to initial excitement, then launch a huge tournament exclusive to those within the state, could be the magic formula to lasting growth. We’ll see where they go from here, but right now, PokerStars PA seems to be doing everything right. If the trend continues, other services will follow.

Right now, PokerStars PA is the only kid on the block. This won’t last long. Several Online Poker services have received licenses to operate in Pennsylvania, including PartyPoker and 888poker, two huge industry names. In fact, 888poker has the largest pool of registered players out of any US-licensed Online Poker service. PartyPoker has also been around since 2001 and maintained their popularity for the better part of two decades. This means stiff competition for PokerStars PA.

So, while PokerStars PA surpassed their guaranteed million-dollar tournament pot by over $14,000, this is only month one. Time will tell if they can keep their momentum.